How can Ukrainian citizens vote in abroad? - Polls are opened in Ukrainian Embassy in Azerbaijan - PHOTOS | Eurasia Diary - ednews.net

How can Ukrainian citizens vote in abroad? - Polls are opened in Ukrainian Embassy in Azerbaijan - PHOTOS 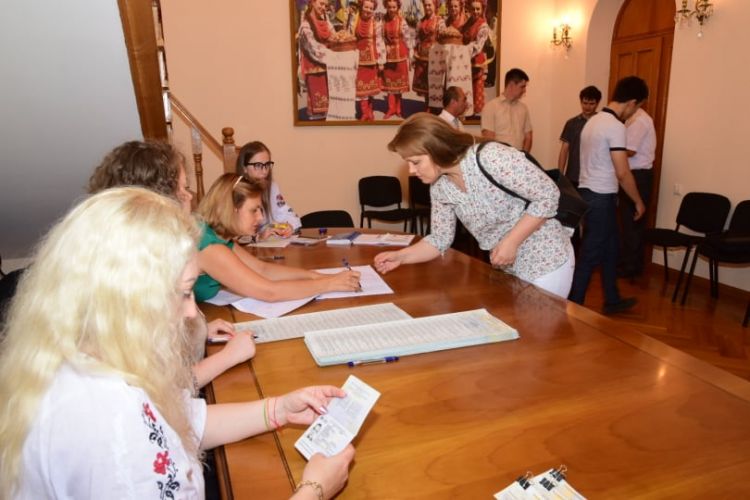 Ukrainian people live in abroad are using the service of such committees, as in Azerbaijan. The polls are opened from 8:00 am, at the Ukrainian Embassy in Azerbaijan. Eurasia Diary went to the Embassy and watched the election process. The chairman of committee Ilgar Hasanov told about the parliamentary elections and the procedure of it to Eurasia Diary. "Only who are registered in the Central Commission or embassies can participate. Only Having Ukrainian citizenship doesn't give you the competence to vote, you have to be registered."

While explaining the procedure of registration, Mr Hasanov said that people who know where they will be in during the elections, have to inform the Central Election Commission of Ukraine. If they live abroad not in Ukraine they can do such procedure by embassies. For example, Ukrainian citizens live in the US but he or she will be in Azerbaijan during the election period, has to inform the embassy in the US. The Embassy will connect with Central Commission and the commission will add them into the list of participants.

"But you have to be registered in until 10 days to elections. Till 5 days to the elections day, the list of participants is sent to us. The election process goes under the control of 12 members of the committee."

Ukrainian citizens who live in Azerbaijan and registered in consulate doesn't need to inform anywhere. The embassy sends them invitations before the elections. The embassy itself send the list of such citizens to the Central Committee for their registration."

15% of the listed participants voted until 12:30 am. Minister of Youth and Sports Igor Zhdanov who is in Azerbaijan for the 15th European Youth Summer Olympic voted at the Embassy of Ukraine in Azerbaijan. The elections process are running without any problems, chairman of committee stated. The voters can get acquainted about the parties on the stand at the entrance of the embassy.

Comfortable conditions are organized inside the embassy for the citizens to vote. 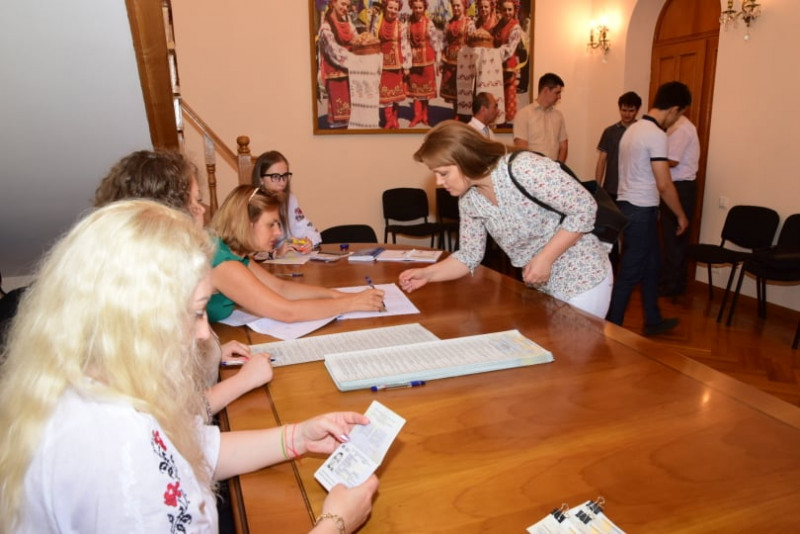 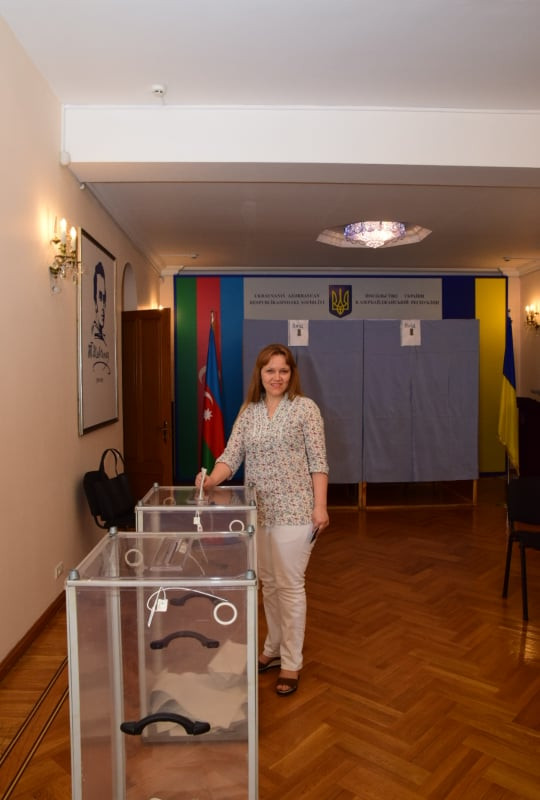 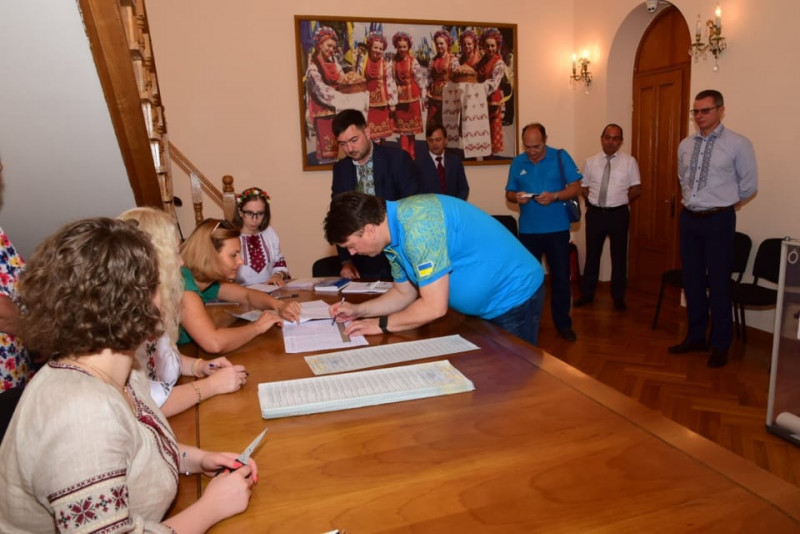 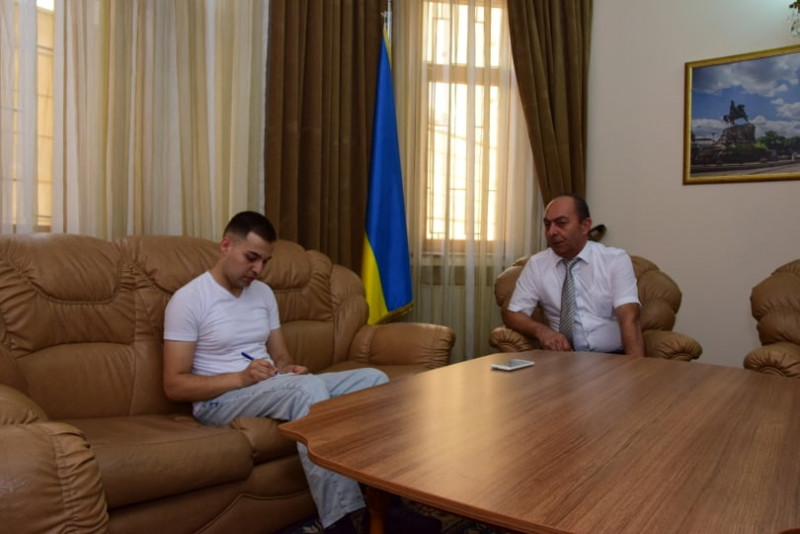