Elon Musk Brushes Off Collision Fears Over 'God of Chaos' Asteroid Set to Zip Past Earth in 2029 | Eurasia Diary - ednews.net

Russian fighter jet shot down two additional US drones near Khmeimim air base in Syria
Read: 1577 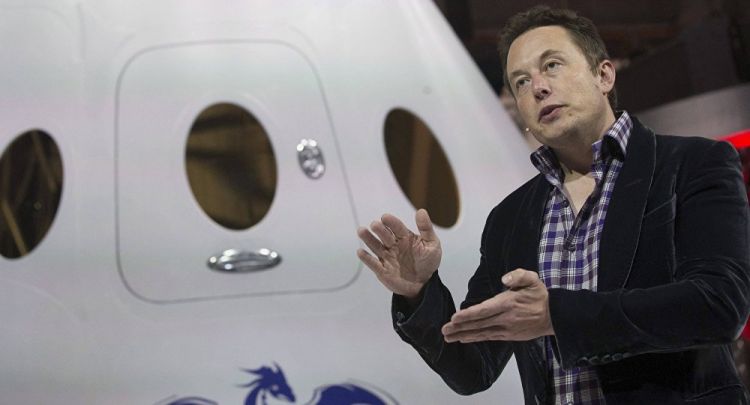 A decade from now, a huge potentially hazardous asteroid, named after the ancient Egyptian deity of evil and destruction, will whizz by the Earth with a one in 45,000 chance of hitting our planet.

NASA has already begun preparations for the impending arrival of asteroid 99942 Apophis, also known as the "God of Chaos", which will pass within 31,000 kilometres of Earth's surface on 13 April 2029.

The asteroid, considered to be potentially hazardous, measures about 340 metres across, and is estimated to be one of the biggest asteroids to pass so close to our planet's surface, with a chance of slamming Earth.

And if it does collide with our planet, the potential damage will be devastating for humanity, given its eye-popping velocity of 40,233 km/h.

While NASA scientists have been preparing to study the giant rock as it swings past Earth, one particular space connoisseur has been unfazed by the issue.

Elon Musk, Tesla, SpaceX and The Boring Company CEO, took to Twitter to reassure his pal, podcast host Joe Rogan, who had retweeted an article about the "God of Chaos" that 99942 Apophis was not a subject of concern - for now.

Great name! Wouldn’t worry about this particular one, but a big rock will hit Earth eventually & we currently have no defense. https://t.co/XhY8uoNNax

In fact, NASA and Musk's SpaceX are working together on the space agency's first spacecraft impact asteroid redirect mission, which will be a key test before the actual need to protect the planet from a giant rock approaching the planet. Under the so-called Double Asteroid Redirection Test, which is scheduled for June 2021, one of SpaceX's Falcon 9 rockets will launch in the direction of asteroid 65803 Didymos (or "Didymain") and its tiny satellite Didymoon to see if it could redirect the rock from its intended path. To that end, the space agency has paid $69 million to Musk's venture. Aside from this, NASA announced earlier this year that it had teamed up with international partners to perform a "tabletop exercise" on how to handle a hypothetical asteroid on a collision course with Earth.