Russia will not let UNSC become toy in hands of US - Russian Diplomat
Read: 588 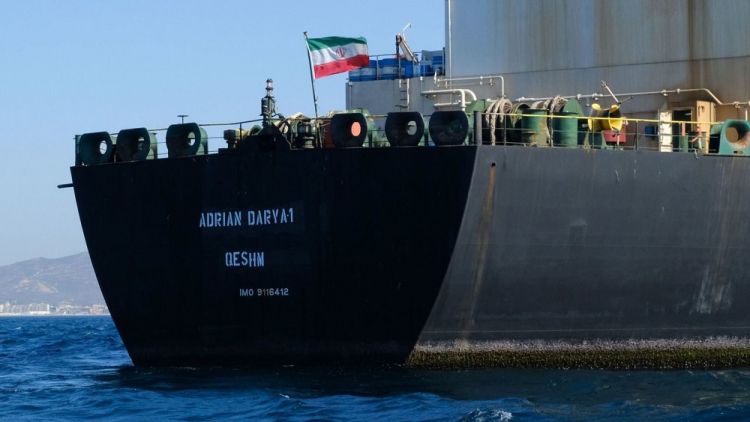 The United States has conveyed its "strong position" to the Greek government about an Iranian tanker that sailed for Greece on Monday after it was freed from detention off Gibraltar and Washington says is carrying oil to Syria, a State Department official said.

Any efforts to assist the tanker could be considered as providing material support to the Iranian regime's Islamic Revolutionary Guards Corps (IRGC), a foreign terrorist organization, which has immigration and potential criminal consequences, the official said, according to Reuters.

The Grace 1, now renamed the Adrian Draya-1 and re-flagged as Iranian, cast off late on Sunday for Kalamata in Greece despite an 11th hour attempt by the U.S. to block its departure from the British overseas territory.

Gibraltar seized the Grace 1 on the grounds that the vessel was transporting oil against EU sanctions imposed on Bashar Al Assad’s regime but ordered the release of the vessel on Thursday after assurances the load would not end up in Syria.

The U.S.-issued warrant issued on Friday sought the forfeiture of the tanker, its 2.1 million tons of oil and £1 million (Dh3.6 million) in a U.S. bank account.

It cited the tanker’s links to oil sales to Syria, and links to the IRGC, which was designated by the U.S. State Department as a foreign terrorist organization in April 2019.

The warrant, issued after Gibraltar ordered the release of the vessel, said an inquiry was also under way over the alleged unlawful use of the U.S. financial system to sell Iranian oil.

Marine tracking services indicated it the ship was due to arrive in Greece on Sunday and it was not immediately clear if the U.S. would make a fresh attempt to seize the ship.

Speaking in the Finnish capital Helsinki, the Iranian regime’s foreign minister Mohammad Javad Zarif told reporters that Iran's regime was not interested in direct talks with the United States over the ship.

Zarif’s arrival in Europe has been harshly criticized by the National Council of Resistance of Iran, the UAE’s The National wrote.

The NCRI accused Tehran of being a “state sponsor of terrorism,” The National wrote.

“The exiled Iranian opposition group also accused Syrian president Bashar Al Assad, who counts Tehran amongst his principal military allies, of carrying out a ‘massacre of the Syrian people’,” The National further wrote.