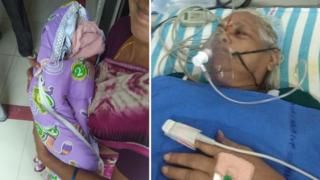 A 73-year-old woman in the southern Indian state of Andhra Pradesh has given birth to twin girls, BBC reports.

Doctors delivered the twins, who were born following IVF treatment, on Thursday.

Mangayamma Yaramati said she and her husband, who is 82 years old, have always wanted children but had been unable to conceive until now.

"We are incredibly happy," her husband Sitarama Rajarao told BBC Telugu on Thursday, hours after the babies were born.

Hailing from Nelapartipadu in East Godavari district, Mangayamma was childless even after 57 years of marriage. She married Yerramatti Raja Rao in 1962, India Today reports.