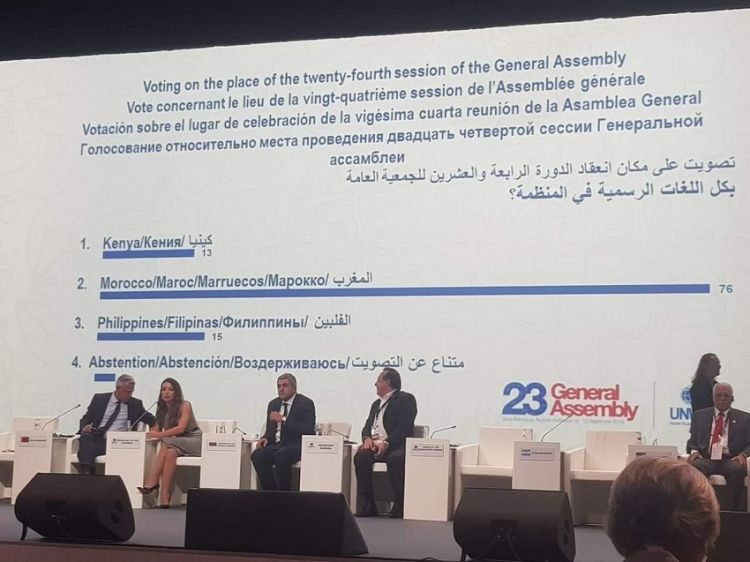 The selection of Morocco as a host came after the 107 delegations participating in the assembly took a vote. Morocco won 76 votes, against 15 for the Philippines, and 13 for Kenya. There were 4 abstentions.

Morocco’s successful bid comes as a result of its status as a world leader in the tourism sector.

The UNWTO is the United Nations agency responsible for the promotion of responsible, sustainable and universally accessible tourism. It promotes tourism as a driver of economic growth, inclusive development, and environmental sustainability.

A 2019 report about Travel & Tourism Competitiveness, published by the World Economic Forum, ranked Morocco as first in the Maghreb region, and second in North Africa.

In the worldwide index, Morocco came 66th with a score of 3,9 exceeding the average in the MENA region, and surpassing the global average