India is ready to abandon the Su-57 and focus on buying the American F-35s
Read: 269 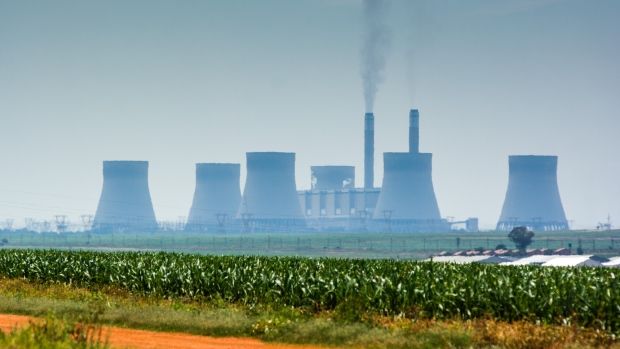 A plan to establish the world’s largest green-energy financing initiative is being threshed out in South Africa, which needs to reduce its environmental footprint and find innovative ways to fund debt-stricken state power utility Eskom Holdings SOC Ltd.

The plan being formulated by Meridian Economics, a Cape Town-based think tank, is under consideration by the government. It envisions the establishment of an $11 billion facility backed by development finance institutions and private funders. The new entity would lend money to Eskom at slightly below commercial rates on condition it accelerates the closure of polluting coal plants to make way for renewable energy.

South Africa is the world’s 14th-largest producer of greenhouse gases and the government is under pressure to deliver on a commitment it made in 2009 to reduce emissions by 42% by 2025. Under the new plan, the country would add an additional 10 gigawatts of renewable-energy production capacity over a decade, thereby reducing its potential carbon dioxide emissions by 715 million metric tons by 2050.

“This would be the largest and most significant global climate finance transaction to date,” Emily Tyler, a climate economist at Meridian, said in an interview. “It would propel South Africa to a cleaner and more resilient energy future.”

Eskom supplies about 95% of South Africa’s power and has turned to the government for aid to remain solvent after amassing 450 billion rand ($31 billion) of debt. Under the plan, it would secure loans in tranches from the new facility over five years and have to repay them over 20 years. The money would be used to wean Eskom off bailouts and cover its future financing needs, rather than fund new and already self-sustaining green energy projects.

Implementation of the plan would be contingent on the government following through on a commitment to break up Eskom into generation, transmission and distribution units under a state holding company and reorganizing its debt to place it on a more sustainable footing.

The new entity would utilize most of the difference between the cost of the concessional funding it secures and the price it charges Eskom to finance a so-called transition fund. It would focus on creating jobs and promoting development mainly in the eastern Mpumalanga province, where most of Eskom’s plants are located. It would also contribute to state coffers in the form of a carbon payment.

The establishment of the transition fund could help win backing for the plan from labor unions, which oppose coal-plant closures and Eskom’s breakup on the grounds there will be job losses. The unions played a key role in helping President Cyril Ramaphosa win control of South Africa’s ruling party in late 2017.

Discussions on the green funding proposals are at an early stage and it would be premature to comment on them at this stage, said Ismail Momoniat, a deputy director-general at the Treasury, which is assessing the plan.

Meridian is headed by Grove Steyn, a member of a government task team set up to advise on a resource plan for Eskom. The green energy initiative was included in the team’s report submitted earlier this year, but the details have since been refined.