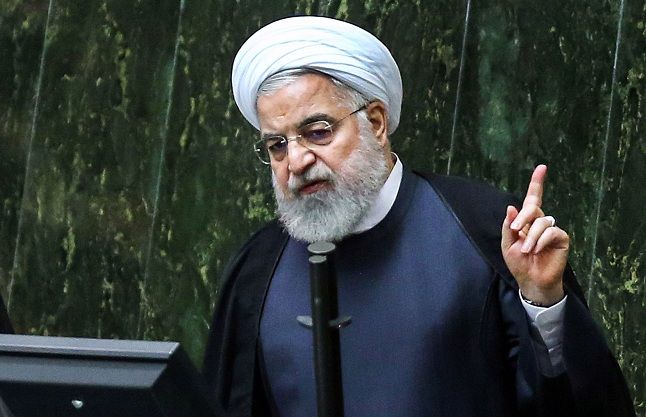 Iran's President Hassan Rouhani said on Wednesday that the recent attack on the Saudi oil facilities by the Houthis was a warning to the kingdom to end the war in Yemen.

Tehran doesn't want clashes in the Middle East, the senior official added amid allegations that Iran may have been behind an attack on Saudi oil facilities.

Iran's defence minister, in his turn, has denied that Tehran had any role in the attack.

"Quite obviously, it was a military clash between two countries. The Yemeni were one of the sides, they said themselves they did it," the minister said as quoted by the ISNA news agency.

The statement came hours after the Saudi Defence Ministry said it would present the evidence of Iran's involvement in the recent attacks on Saudi Aramco's oil facilities.

On Saturday, Saudi Arabia had to shut down two Saudi Aramco oil facilities at Abqaiq and Khurais, after a drone attack claimed by Yemeni Houthis caused massive fires. The incident led to a cut in oil production totalling 5.7 million barrels per day, which is around half of Saudi Arabia’s daily oil output.

Following the attack, US State Secretary Mike Pompeo didn't waste much time to put the blame for the attack on Iran, while the latter refuted the accusations.

Two days later, US President Donald Trump said during a meeting with Bahrain’s Crown Prince Salman bin Hamad Al-Khalifa that based on evidence he'd seen, it appears as though Iran was responsible for the attack.