American expert: - China is the only nuclear state that has declared no first use of nuclear weapons
Read: 762

'This is paradise, Amazon is my mother' - Daily life of Amazon Tembe tribe - PHOTOS 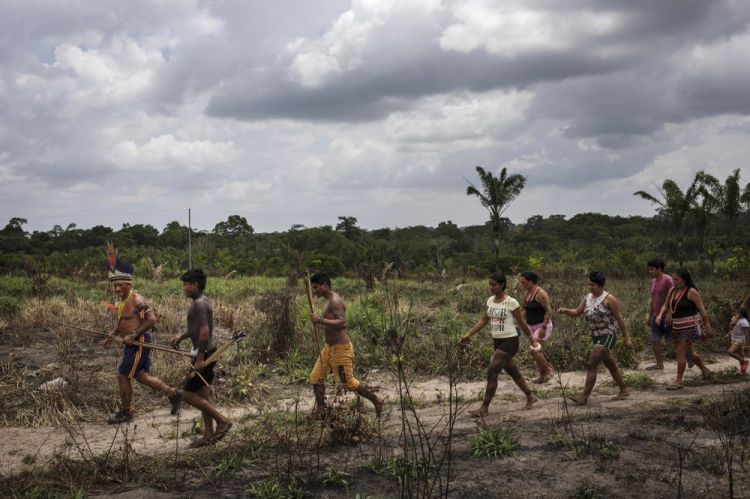 They hunt with bows and arrows, fish for piranhas and gather wild plants, while some watch soap operas on TV or check the internet on phones inside thatch-roof huts.

They paint their faces with dyes from seeds to prepare for battle and also use video technology to fight illegal loggers and other threats.

Daily life in the remote Tembe indigenous villages in the Amazon jungle of Brazil mixes tradition and modernity.

They bathe in muddy brown rivers in the mornings, and play soccer in sandy fields wearing jerseys from European teams like Chelsea in the afternoons.

In a Brazilian state ravaged by deforestation and thousands of fires, the Tembe shoot photos and video to document the cutting of trees in their land by loggers and share them on social media. They also recently met with a non-governmental group that offered the tribe drones and GPS devices to track the encroachers in exchange for harvesting wood sustainably. And like their ancestors, they plant trees to teach their children the value of preserving the world’s largest rainforest, which is a critical bulwark against global warming.

“I tell my children: I planted for you, now you have to plant for your children,” Cidalia Tembe said in her backyard at the Tekohaw village, where she grows fruits, vegetables and medicinal herbs.

“These are our home remedies,” she said. “We don’t go to pharmacies in the city, we make our own medicines. We have more faith in what’s ours.”

She also proudly pointed to four sugarcane plants — each tended by one of her children — and avocados, coconuts, lemons and acai, the Amazonian berry that’s a vitamin-packed breakfast staple in Brazil.

“This is paradise,” her husband Muti Tembe said. “You don’t see any smoke from cars that pollute because we don’t have any. In the city, at midday it gets too hot. ... Here, you’re at ease and you don’t hear the noises. Only the calls of birds,” he said as birds chirped on trees.

One of the trees was planted by Muti’s grandfather, a Tembe chieftain and Tekohaw founder. For generations, members of the tribe have extracted a black dye from that Jenipapo tree in the couple’s yard to paint their body during celebrations.

During the rite of passage that can last for days, tribe members also hunt monkeys and birds that they later cook, while the young who come into adulthood jump, sing and mimic bird sounds with other members of the tribe inside a communal hut to banging of feet on the floor and the shaking of rattles.

About 2,000 Tembe live in their 1,080-square-mile (2,766-square-kilometer) Alto Rio Guama homeland, which can only be reached after long journeys on boats or on dirt roads. Villages along the Guama and Gurupi rivers that divide the reserve can range in size from a few dozen people to hundreds. The indigenous reserve is officially protected, but it’s constantly under siege by loggers who illegally try to extract prized hardwood.

“We have to fight for the trees that allow us to breathe,” said Gleison Tembe of the small village of Ka’ a kyr, which in their native tongue means Green Jungle.

“The Amazon, nature, is my mother, because it raised me. The animals that it takes care of give us strength. My children only eat natural food and it all comes here from the forest, he said. “So, why deforest?” 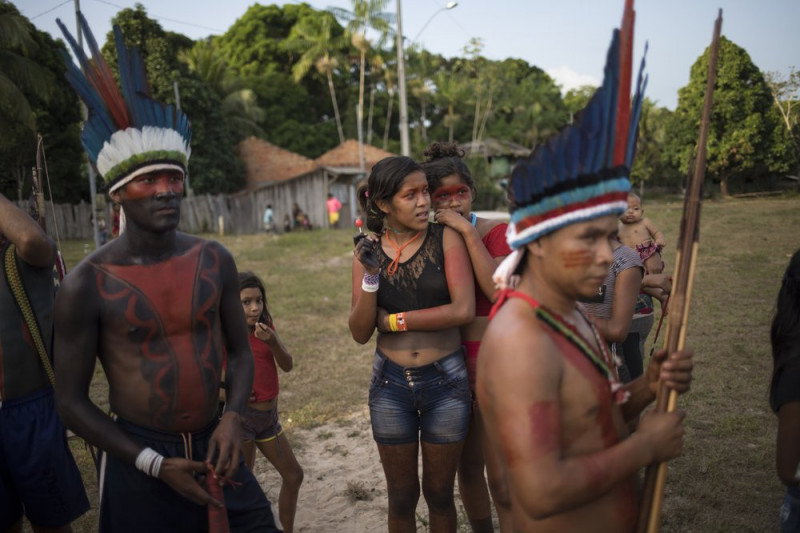 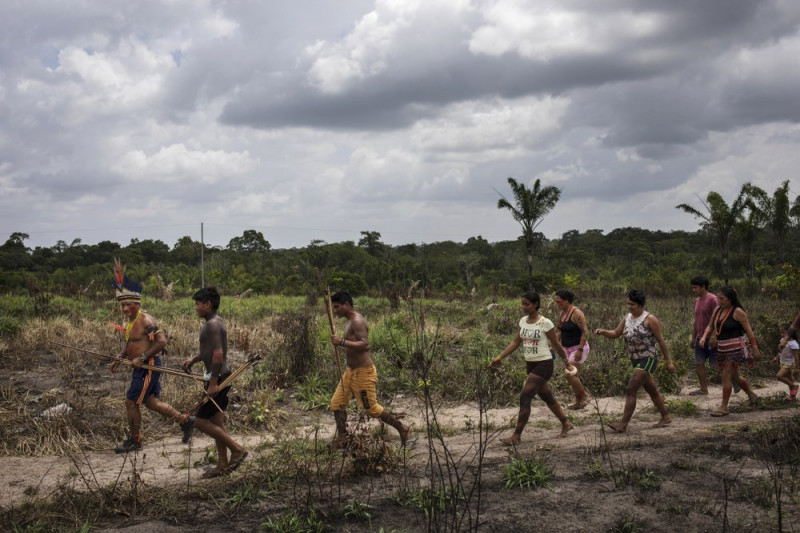 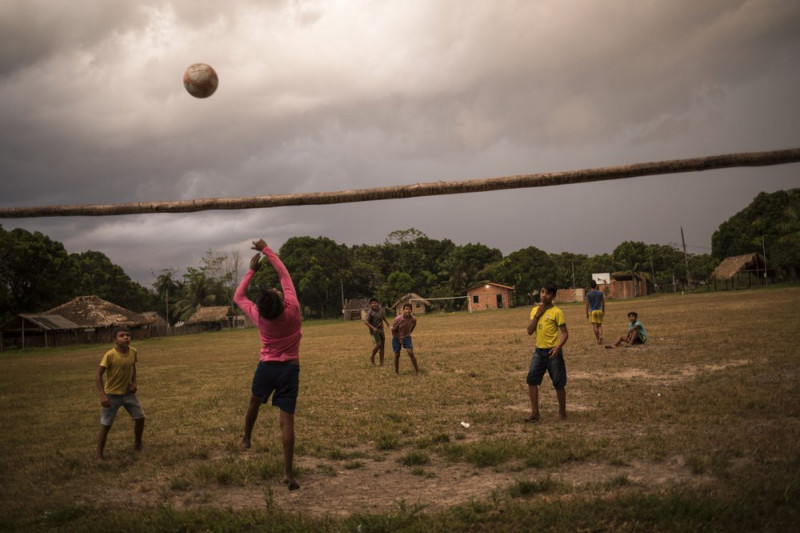 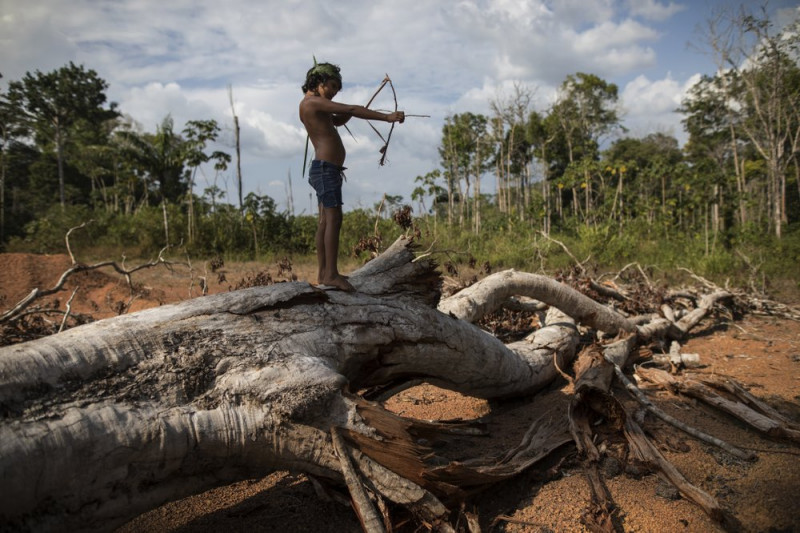 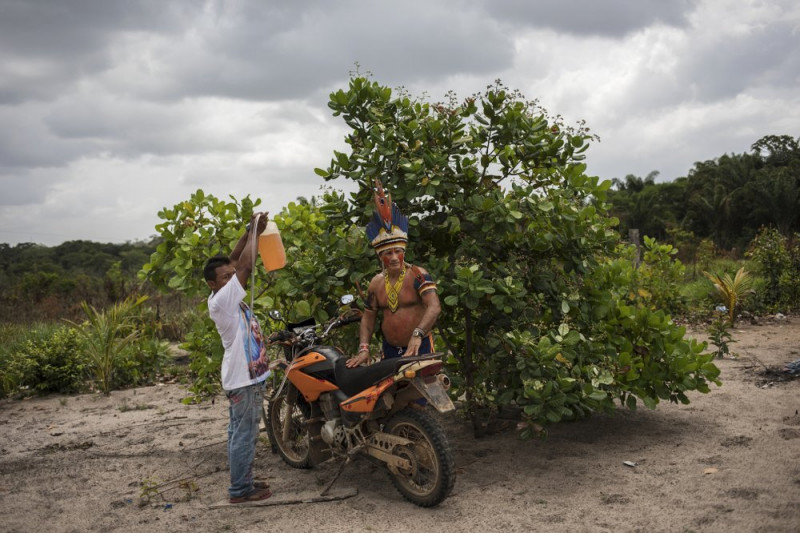 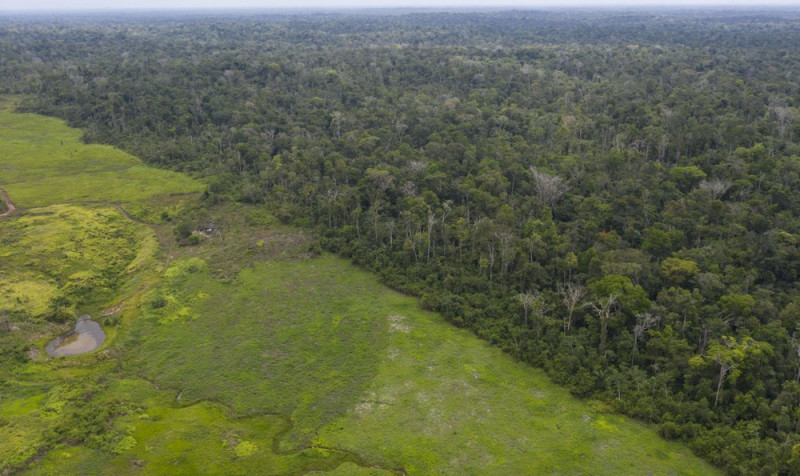