There is no power structure in the world that can deal with issue of this scale - Armenia PM to people
Read: 410

'US is trying to settle score with China' - Russian Diplomat slams US attempt of bringing up Hong Kong at UNSC
Read: 410

Hong Kong leader Carrie Lam has said that she won't rule out intervention from Beijing to deal with protesters in Hong Kong. She stressed that she believes Hong Kong should 'find the solution' itself. 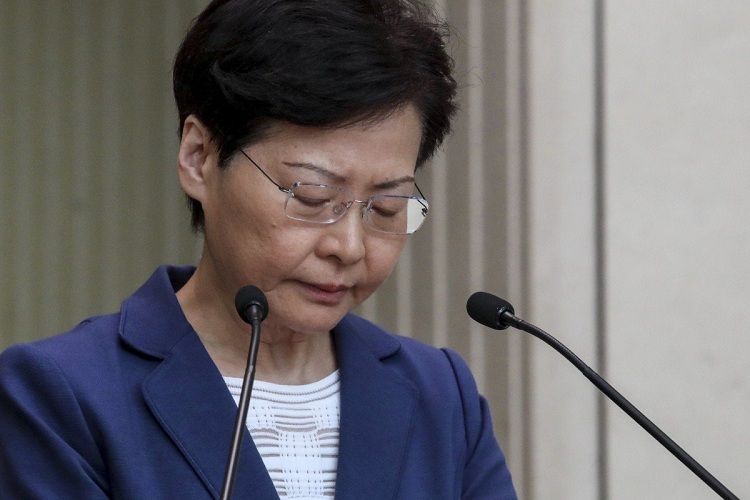 In her weekly press conference on Tuesday, Hong Kong Chief Executive Carrie Lam said that Beijing agrees the island should reach a peaceful solution to ongoing mass protests without Chinese intervention, though she refused to rule out that option, Deutsche Welle reports.

"At this point in time, I still strongly feel that we should find the solutions ourselves," Lam said. "It is also the position of the central government [in Beijing] that Hong Kong should tackle the problem on her own."

"But if the situation becomes so bad, then no options can be ruled out if we want Hong Kong to at least have another chance," she added.

"I cannot tell you categorically now under what circumstances we will do extra things, including calling on the central government to help," Lam told reporters.

Sunday saw the first time that the Chinese military directly engaged with protesters, with personnel inside China's People's Liberation Army barracks in Hong Kong issuing a warning to protesters who shined laser pointers at the building.