The Trump administration sure is acting guilty on Ukraine | Eurasia Diary - ednews.net

'At best, vaccine will be found in 9 months, while at worst virus will spread again' - UN Secretary-General says
Read: 480

The Trump administration sure is acting guilty on Ukraine 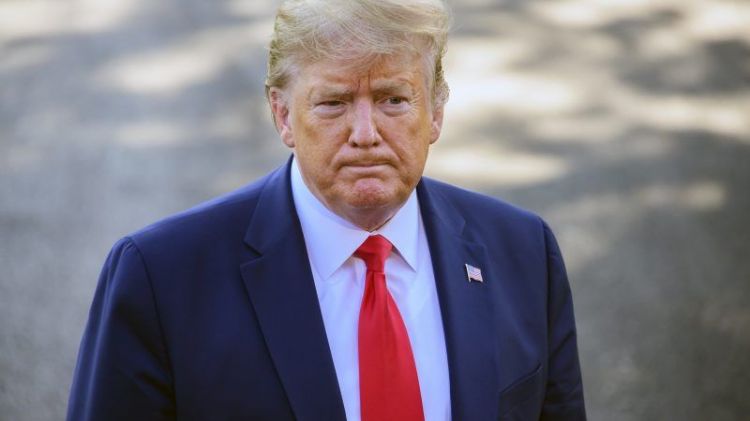 Less than an hour before he was scheduled to testify in front of the House Intelligence Committee Tuesday regarding his role in the pressure campaign against Ukraine, the State Department banned US Ambassador to the European Union Gordon Sondland from appearing before the committee.

"Ambassador Sondland is profoundly disappointed that he will not be able to testify today," said the ambassador's lawyer in a statement. "Ambassador Sondland hopes that the issues raised by the State Department that preclude his testimony will be resolved promptly."
That last-minute decision by the State Department seems directly at odds with President Donald Trump's repeated insistence that his phone call with Ukrainian president Volodymyr Zelensky was "perfect" and that he retained the "absolute right" to ask foreign countries to investigate corruption.
If Trump -- and, by extension, his State Department -- are completely certain they were acting appropriately, why keep Sondland from testifying to that effect? If there is truly nothing to hide here and everything that Trump and his people did was "perfect," why not let Sondland tell that story?
Could it be that Sondland, in several text exchanges with former special envoy to Ukraine Kurt Volker, who testified before the Intelligence Committee last week, seems to resist putting anything other than Trump talking points in writing when questioned about whether there was an unstated quid pro quo to force Ukraine to open an investigation into Joe Biden and his son, Hunter?
Remember this text exchange from early September between Sondland and Bill Taylor, a US diplomat in Ukraine:
Taylor: Are we now saying that security assistance and WH meeting are conditioned on investigations?
Sondland: Call me
Did Taylor call? What did Sondland say to him on that call? What was Taylor's reaction? Was he convinced that there was no aid-for-investigation deal? If so, what convinced him?
Those are just a few of the important questions Sondland would have had to answer in his testimony today. And again, if the administration believes -- truly believes -- it has nothing to hide, then why not let Sondland talk? If nothing was wrong and more transparency will show how "perfect" Trump's handling of the Zelensky call truly was, then why not shine as bright a light as possible on Sondland's actions?
(Sidebar: This is the exact same argument I made when Trump debated for months whether or not to sit down with special counsel Robert Mueller. If you have nothing at all to hide, it is in your best interest to get all the facts out and answer every possible question, right? Right!)
The answer from the Trump administration will be that Intelligence Committee Chair Adam Schiff (California) and his fellow Democrats on the panel have no interest in the truth and are only after scoring political points. But even if that's true, why not allow Sondland to provide context and clarity -- especially since Trump has been absolutely adamant that a) he did nothing wrong b) he did everything right?
Trump reacted in a set of tweets Tuesday morning, "I would love to send Ambassador Sondland, a really good man and great American, to testify, but unfortunately he would be testifying before a totally compromised kangaroo court, where Republican's rights have been taken away, and true facts are not allowed out for the public ... to see. Importantly, Ambassador Sondland's tweet, which few report, stated, 'I believe you are incorrect about President Trump's intentions. The President has been crystal clear: no quid pro quo's of any kind.' That says it ALL!"
Why cancel Sondland's appearance at the last minute, knowing it will look like a guilty dodge by a man, and a broader administration, that have insisted they have absolutely nothing to hide? The obvious answer is that the administration has calculated that Sondland's testimony -- even behind closed doors -- would have been more damaging than the flack they will take for barring him from appearing, at least for now.
Which is their right. But it's not exactly confidence-inspiring stuff for congressional Republicans who are already skittish about how the White House is handling this latest scandal and the impeachment inquiry launched last month by House Democrats.