Russian fighter jet shot down two additional US drones near Khmeimim air base in Syria
Read: 513

Russia plans to expand its military bases in Syria
Read: 255 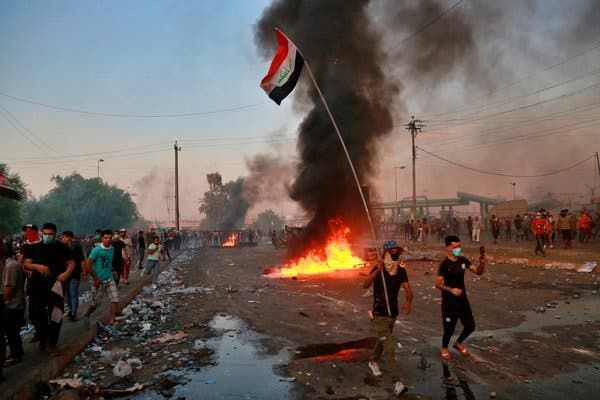 Iraq’s government issued a second package of proposed social reforms on Tuesday in an attempt to meet the demands of anti-government protesters who have demonstrated nationwide for eight days, with the loss of 110 lives and 6,000 wounded.

Protesters demanding the removal of the government and a political class they view as corrupt have clashed with Iraqi security forces, mainly in the capital of Baghdad and the south.

Tuesday’s 13-point plan issued by Prime Minister Adel Abdul Mahdi centers on subsidies and housing for the poor, as well as training and educational initiatives for unemployed youth.

Following a cabinet meeting, the prime minister posted his reforms on social media, although most Iraqis have been cut off from the internet and social media for several days.