The loss of the four young men is extremely sad and we share grief of their families – British journalist
Read: 2189 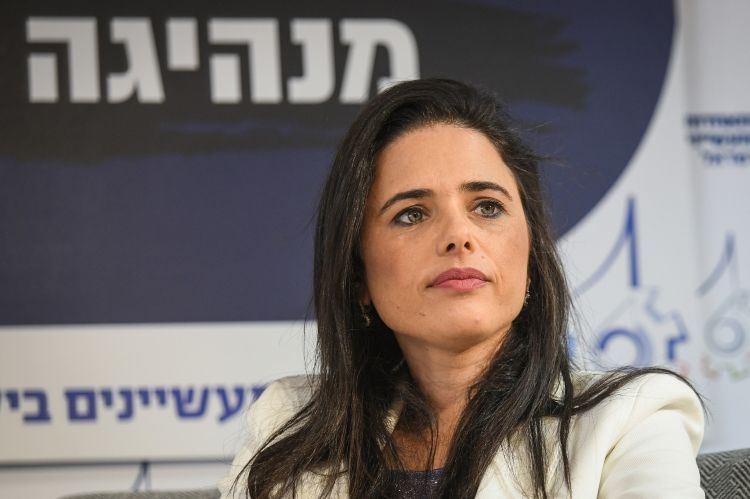 Yamina party chairwoman Ayelet Shaked on Wednesday reissued a call for Kurdish statehood, urging the West to support the Kurds as Turkey launched a military campaign in northern Syria, Times of Israel reports.

“I have said this in the past: It is in the interest of both Israel and the United States, for the security and stability of the region, that a Kurdish state be established,” she wrote.

“The Kurds are the world’s largest nation without a country, with a population of about 35 million people. They are an ancient people that share a special historical connection to the Jewish people,” she went on.

Kurds, especially those living in Turkey and northern Syria, “are the most progressive and Western in that region,” Shaked wrote.

“They are the main force that fought against ISIS and endured thousands of deaths, under a special joint leadership of men and women. The Western world should stand with them.”

In 2016, Shaked, then justice minister, first openly endorsed the idea of an independent Kurdistan.

“We must openly call for the establishment of a Kurdish state that separates Iran from Turkey, one which will be friendly towards Israel,” she said at a security conference in Tel Aviv.

“The Kurdish people are a partner for the Israeli people,” she said noting the shared interests of Israel and the Kurds in defeating the rise of jihadist Islamist groups in the region.

“The Kurds are an ancient, democratic, peace-loving people that have never attacked any country,” she said, adding that economic cooperation should be on the forefront of any official ties.

“It is time to help them,” Shaked added.

On Wednesday, Turkey launched a broad assault on Kurdish-controlled areas in northeastern Syria on Wednesday, with intensive bombardment paving the way for a ground offensive made possible by the withdrawal of US troops.

Turkish President Recep Tayyip Erdogan announced the start of the attack on Twitter and soon after jets and artillery targeted Kurdish positions along the full width of the border, sending thousands of civilians fleeing their homes.

Shaked was not the only politician who commented on the Kurdish question on Wednesday.

“As a nation-state of an ethnic minority in the Middle East, Israel cannot close its eyes to the suffering of the Kurds in the region,” tweeted Blue and White MK Zvi Hauser.

“Murder and deportation of the Kurds will lead to a wave of refugees, change the demographic reality and increase instability, even from Israel’s point of view. Israel must internalize the new rules of the game in the region with regard to all challenges,” Hauser wrote. The Prime Minister’s Office has so far refused to comment on US President Donald Trump’s decision to withdraw all American troops from Syria and effectively green-lighting a Turkish offensive in the area, which many observers fear could turn into a bloodbath for America’s erstwhile Kurdish allies.

In 2014, Prime Minister Benjamin Netanyahu had expressed support for an independent Kurdistan. He praised their “political commitment and political moderation,” and said the Kurdish people were “worthy of their own political independence.”

But Yair Netanyahu, the prime minister’s son, positioned himself as a supporter of Kurdish independence on Wednesday, tweeting a Kurdish flag together with the hashtag #freekurdistan.