daily news
Kyrgyzstan has received around 40 batches of humanitarian aid from China
Indian Scientists develops a way to build bricks on the moon
Pompeo inks deal for US troop move from Germany to Poland
Russia's new S-350 air defense system could see combat in Crimea and Syria
Turkish, US officials discuss Palestine, Eastern Med, via phone
Lukashenko plans to contact Putin to discuss situation in Belarus
South Africa concerned about Israel, UAE deal
'US has 'never been so isolated' - Iran on arms embargo
﻿

US blocked major arms deals with Turkey, including the F-16 modernization
Read: 791

'I want to thank all the young people in this country!' - UNICEF Representative to Azerbaijan on International Youth Day - VIDEO
Read: 771 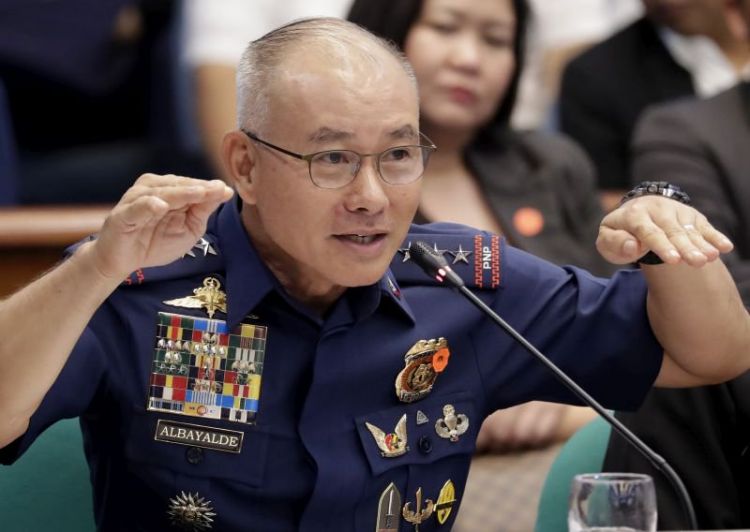 THE Philippines’ top policeman, who leads the nation’s deadly drugs crackdown, quit on Monday as he faces allegations of protecting officers accused of selling a huge haul of seized narcotics.

Though the scandal dates from before Oscar Albayalde’s time as national police chief, it has raised fresh criticism of President Rodrigo Duterte’s signature campaign, which is key to his massive popularity among Filipinos.

As part of the president’s internationally condemned initiative, police have killed thousands of alleged dealers and users since mid-2016, but critics say the wealthy and powerful have been largely untouched.

Albayalde’s resignation comes days after two former police officials implicated him in a 2013 raid in which officers in a province near Manila allegedly seized and then sold parts of a large methamphetamine haul.

One former official alleged Albayalde protected the officers from discipline, while the other claimed he received money from the drug sale.

Albayalde, then the province commander, has vehemently denied any wrongdoing.

He was due to retire in November after serving as national police chief since April 2018.

“I thank President Rodrigo Roa Duterte for his trust and confidence,” Albayalde said in a message announcing his departure, which is effective immediately.

Though the issue has been bubbling for weeks in Senate hearings, Duterte has remained largely silent on the matter.

He had pledged to root out deep-seated corruption in the Philippines’ police but has repeatedly expressed frustration and anger with the extent of the problem.

Neri Colmenares, a lawyer for families pushing for an International Criminal Court prosecution of the drug war, branded the allegations against Albayalde a “major embarrassment”.