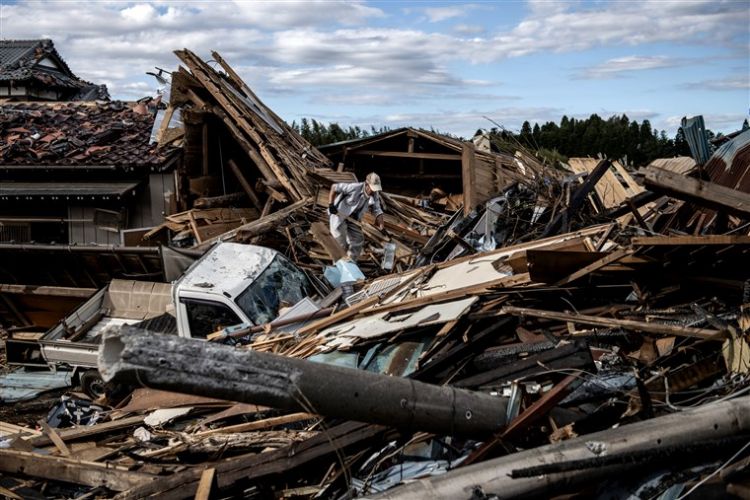 Rescuers in Japan worked into a third day on Tuesday in an increasingly desperate search for survivors of a powerful typhoon that killed nearly 70 people and caused widespread destruction.

Hagibis slammed into Japan on Saturday night, unleashing fierce winds and "unprecedented" rain that triggered landslides and caused dozens of rivers to burst their banks. By Tuesday morning, national broadcaster NHK put the toll at nearly 70, with more than a dozen missing. The government's confirmed death toll was lower, but it said it was still updating its information.

Prime Minister Shinzo Abe said there was no plan to slow rescue operations, with around 110,000 police, coast guard, firefighters and military troops involved.

"Currently in damaged areas rescue work and searches for the missing are continuing around the clock," Abe told parliament.

"Where rivers flooded, work is ongoing to fix spots where banks broke, and water is being pumped out where floods occurred," he added.

The prime minister's office said more than 3,000 people have been rescued in the wake of the disaster, which affected 36 of the country's 47 prefectures.