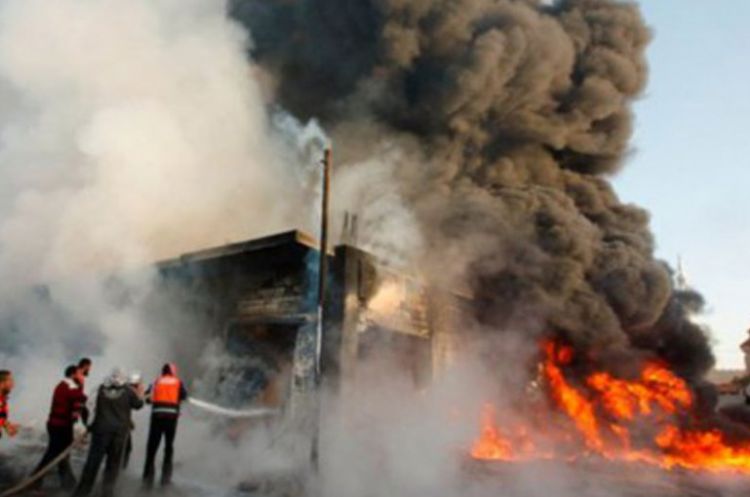 A large fire broke out on Monday at a weapons depot run by an Iraqi militia group, causing explosions heard across Baghdad, killing one person and injuring 29 others, authorities said.
The depot, run by a militia group under the umbrella of the Iran-backed Popular Mobilization Forces, was located inside a federal police base in the southern suburbs of Baghdad.