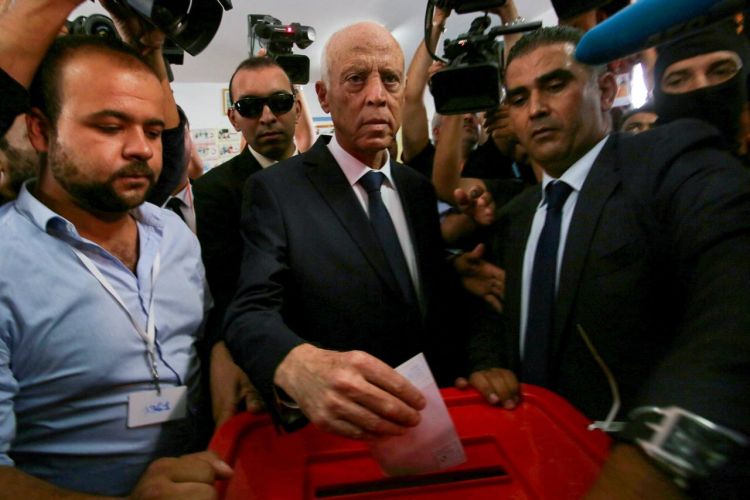 Independent candidate Kais Saied was on Monday declared the winner of Tunisia’s presidential election.
Nabil Baffoun, head of the Independent High Electoral Commission, announced the official results of Sunday’s run-off vote at a press conference in the capital Tunis.
Baffoun said 56.8% of domestic voters and 24.4% of voters living abroad joined the election’s second round and Saied received 72.71% of the vote.
Saied’s rival -- media tycoon Nabil Karoui, the candidate of the Qalb Tounes (Heart of Tunisia) party -- got 27.29%.
Tunisians went to polling stations Sunday to vote for the country's second elected president since the country’s 2011 uprising.
More than 7 million Tunisians were eligible to cast ballots in Sunday's vote, according to the country's electoral commission.
Saied will replace Tunisia's first freely elected President, Beji Caid Essebsi, who died last July.
- Turkish leader congratulates Saied
Turkish President Recep Tayyip Erdogan congratulated Saied for his election win during a phone call, according to Turkey's Communications Directorate.