Unknown fighter jets tried to attack the Russian air base in Syria
Read: 1111

After returning from Khojaly, I started drinking... - British journalist: We sympathized with the Armenians
Read: 383

Shaking feared to have caused more damage because it was shallow 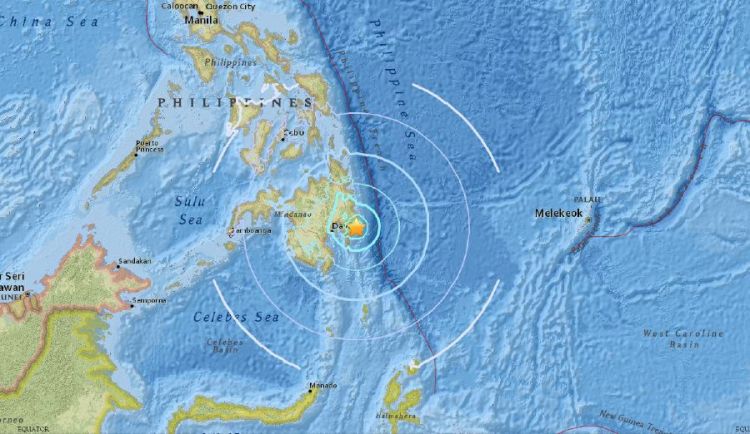 An earthquake measuring a magnitude of 6.4 has struck in the south of the Philippines, sending residents running from buildings and offices, Independent reports.

There were no immediate reports of casualties after the shaking in central Mindanao, the country's second-largest island.

The US Geological Survey said the quake had a depth of only eight miles.

Shallow quakes tend to cause more damage than deeper ones, and strong aftershocks were felt.

The quake was centered about five miles from Columbio, which has a population of 33,258 people, and 42 miles south-west of Davao, a coastal city near Mount Apo, the country’s highest peak.