2750 tonnes of ammonium nitrate stored at Beirut warehouse at centre of explosion
Read: 1220 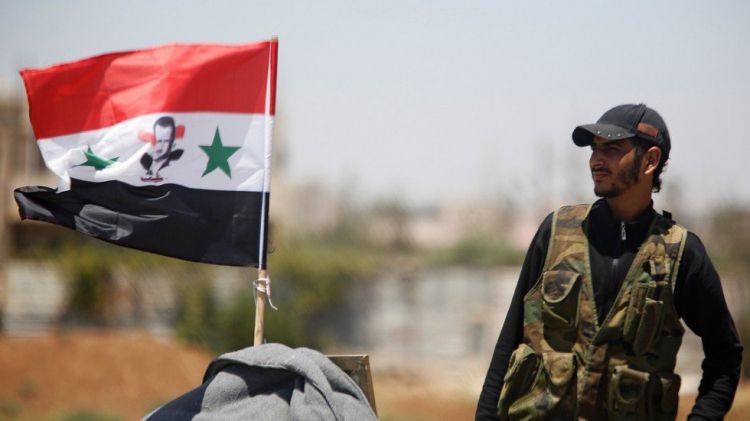 The Syrian Army went into the strategic town, where Kurdish militias were stationed.

The Syrian Observatory for Human Rights had earlier announced that Russian forces have crossed the Euphrates river in Northern Syria and reached areas outside Kobani, pushing Eastward with Kurdish militias.

The arrival in Kobani comes after a deal cut between Kurdish militias, who control the city, and Damascus to deploy the Syrian Army to border areas to help fend off the Turkish offensive into Northern part of the war-torn country.

The Syrian government troops have reportedly entered several towns and villages in the middle of the Kurdish-controlled part of the country.

The Russian Defense Ministry announced Tuesday Syrian government forces took control of an area of more than 1,000 square kilometres around the Northeastern Syrian city of Manbij.

Turkey launched ‘Operation Peace Spring’ against Kurdish militants in Syria a week ago. The offensive has been widely criticized by the international community, who relied on Kurds to fight Takfiri militants. Despite the threat of US sanctions and condemnation from other NATO members, Ankara continues to insist on creating a 20-kilometer “safe zone” along the Syrian-Turkish border in the name of disrupting the activities of Kurdish militias, which it has declared terrorists.

As Turkish military operation in Syria has raised new fears of a resurgence of the ISIL in the Middle East , the UN Security Council adopted a unanimous statement warning of the risk of a "dispersion" of ISIL fighters in Syria's Northeastern region.

The 15-member body agreed on the brief statement after meeting for the second time behind closed doors since the start of the Turkish operation. The statement made no reference to Ankara's actions.

The council "expressed deep concern over the risk of the dispersion of terrorists from UN-designated groups, including ISIL, and are also very concerned over the risk of a further deterioration of the humanitarian situation".

Kurdish militias that have controlled the area had previously refused to reintegrate into Syria, backed by Washington’s insistence on regime change in Damascus. With Turkish-backed militants invading from the North, however, they struck an agreement with the Syrian government.