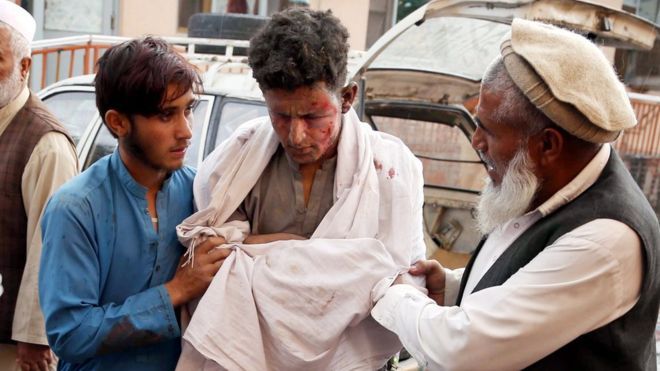 An explosion at a mosque in eastern Afghanistan has killed 62 worshippers and wounded dozens of people gathered for Friday prayers, The News Daily reports.

Provincial officials say the blast, which caused the mosque’s roof to collapse, underscored the record-high number of civilians dying in the country’s 18-year war.

Attahullah Khogyani, spokesman for the governor of Nangarhar Province, said the militant attack wounded 36 others.

He said it was not immediately clear if the mosque was attacked by a suicide bomber or by some other type of bombing.

“Both men and children are among those killed and wounded in the attack,” he said.