Kashmir Bleeds - Conflict can trigger another war between India and Pakistan
Read: 504 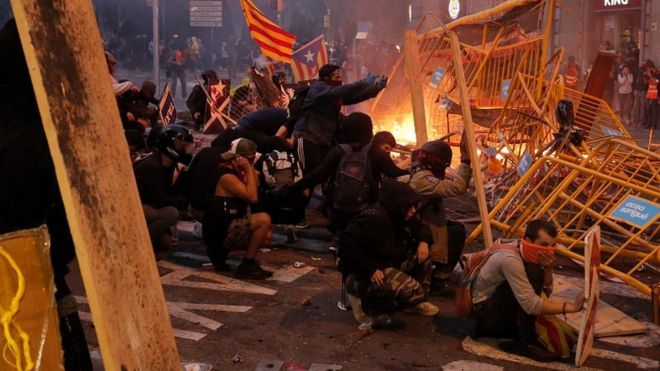 Fresh clashes between riot police and protesters have broken out in Barcelona amid anger over the jailing of Catalan separatist leaders, BBC reports.

A general strike was announced and five huge marches, all peaceful, converged on the city centre, bringing the streets to a standstill.

Police estimated that more than 500,000 people had joined Friday's rallies.

There were 17 arrests across the region on Friday, Spanish newspaper El País reported, and 62 people were injured - 41 of them in Barcelona.

Catalan regional leader Quim Torra thanked those who had demonstrated peacefully and criticised the rioters.