“Armenia once again demonstrates that it cannot live in peace with its neighbors” - Azerbaijani Presidential aide
Read: 693

'I want to thank all the young people in this country!' - UNICEF Representative to Azerbaijan on International Youth Day - VIDEO
Read: 671 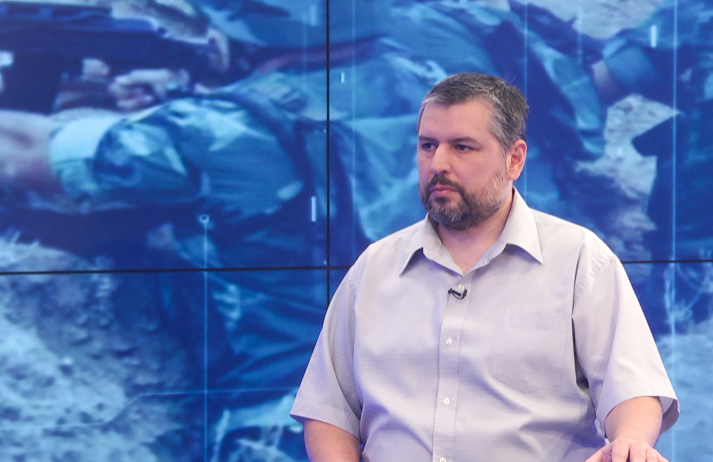 Despite his repeatedly declared objective to increase Armenia's military budget, Prime Minister Nikol Pashinyan seems to have now forgotten about his pre-electoral promise, a military expert said on Saturday, citing the 2018 Draft State Budget (envisaging only a 0.8% increase in the defense expenditures).

In an interview with Tert.am, Karen Vrtanesyan also expresssed his concerns of certain budgetary costs, which he considered unnecessary. ″We remember the opposition promising time and again to find rapidly necessary sums to buy weaponry and increase the military budget, etc. They have now kind of forgotten about that, pointing out to absolutely different figures. They make quite ununderstandable expenses from the State Budget, such as printing the prime minister's colorful expressions on billboards, etc. But the military expenditures won't increase.

″Initially, when they we were speaking of plans to raise the military expenditures, the emphasis was being put on upgrading the armament, as well as the urgency of procurements. But none of these is being carried out now, giving rise to questions as to why,″ he said.

Highlighting the 20% increase in Azerbaijan's defense and national security budget (against the backdrop of the slight increase in Armenia), the expert predicted a real likelihood of a disbalance.

Meantime he warned against entering into a financial competition with the resource-rich Azerbaijan.