Russian scientists have found a major weakness of the coronavirus
Read: 740

The first stage of tactical exercises continues with the participation of units of the Land Forces - VIDEO
Read: 643

Trump evacuated while in press briefing after shooting near the White House
Read: 544

Hong Kong leader Carrie Lam and police chief Stephen Lo paid visited a mosque that was struck with blue dye from a water cannon during the latest bout of violent anti-Beijing protests. 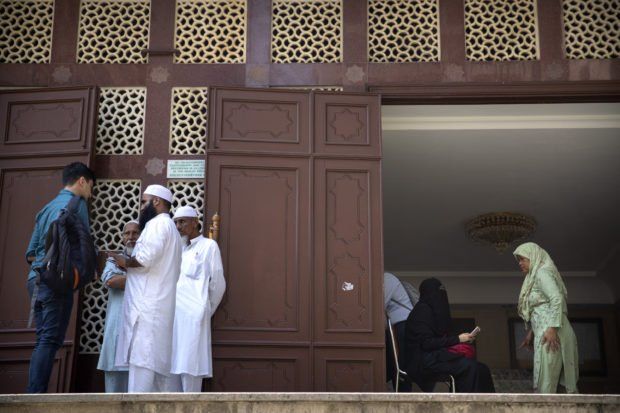 Hong Kong leader Carrie Lam apologised on Monday after police hit a major mosque with water canon as they battled protesters during another day of political unrest in the Asian financial hub.
Lam visited the mosque before she was due to head to Japan to attend Emperor Naruhito's enthronement ceremony in Tokyo, and as the city cleaned up the mess from violent protests the night before, the latest in five months of political turmoil.
In Sunday's clashes, police used water cannon trucks to disperse protesters, spraying jets of blue dye into the crowds.
In one instance, a cannon drenched the front gate and steps of the Kowloon mosque, Hong Kong's most important Islamic place of worship where a few people had gathered including journalists. Blue stains remained on the road in front as worshippers gathered for prayers on Monday.