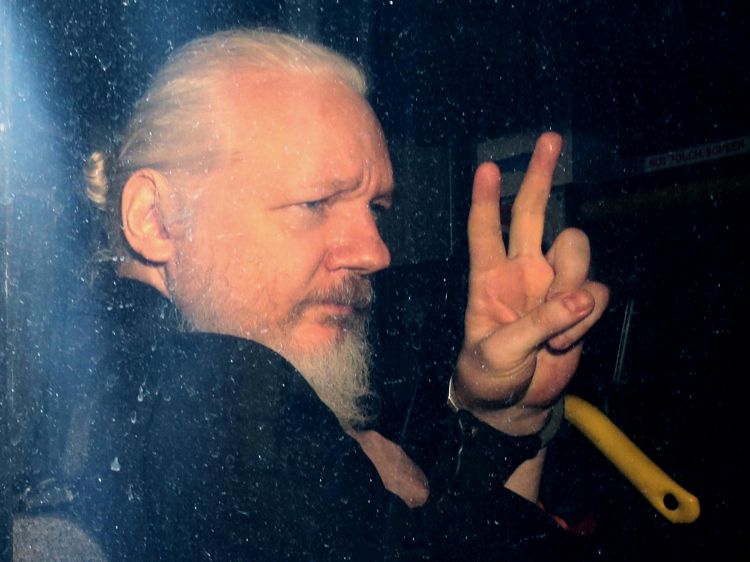 In September, Julian Assange’s biological father John Shipton said that the treatment of the WikiLeaks founder in London's Belmarsh Prison could be described as “sordid and hysterical”, as his son is being kept in solitary confinement for up to 23 hours a day.
WikiLeaks founder Julian Assange comes before the Westminster Court of Magistrates this Monday as his lawyers are expected to ask for the whistleblower's provisional release for health reasons.
Assange was arrested in London on 11 April and thereafter sentenced to 50 weeks in prison for jumping bail back in 2012, when he claimed asylum at the Ecuadorian Embassy in London to avoid being extradited to Sweden over sexual assault charges and possibly being sent to the United States.
After Assange’s arrest, Washington filed a request asking London to extradite him. Hearings on Assange's extradition case are now scheduled for 25 February 2020.