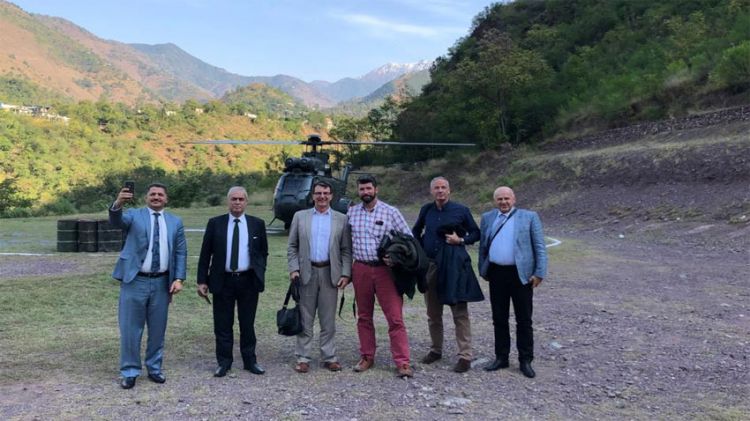 They visited Nauseri, Shahkot and Jura Sectors near the Line of Control (LoC) to see the damage caused by the Indian unprovoked firing last Saturday night and Sunday.

The foreign diplomats were shown the pieces of the shells fired by the Indian artillery.

Last Sunday, the Indian Army Chief Bipin Rawat claimed that their army had launched attacks on terror camps located inside Pakistan-administered Kashmir region, in which three camps were destroyed and six to 10 soldiers of the Pakistan army were killed.

However, the director general ISPR refuted the Indian army chief’s claims, and also said that they would take foreign diplomats & media on those given locations to let them have the firsthand information by themselves.

Therefore, today’s visit was also aimed at to prove the Indian army’s false claims wrong, and allowing the foreign diplomats to see themselves that no such terror camps existed there.