Protests in Lebanon turned into a big clash - VIDEO 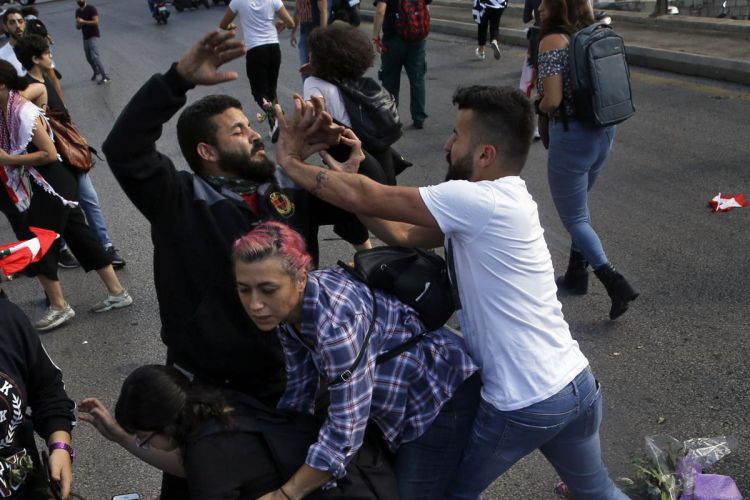 Lebanon's Prime Minister Saad Hariri has announced his resignation after 13 days of protests over political corruption and economic turmoil, Eurasia Diary reported citing BBC.
His televised address came soon after violence broke out on the streets, when supporters of two Shia groups attacked protest camps and roadblocks in Beirut.
They set tents on fire and beat anti-government demonstrators. Some chanted in support of Nasrallah, the leader for Hezbollah - a powerful force in the coalition government - and the Shia political party Amal.
Riot police and troops responded with tear gas, and by the end of the day, anti-government protesters were back on the streets celebrating Mr Hariri's announcement.