The loss of the four young men is extremely sad and we share grief of their families – British journalist
Read: 948 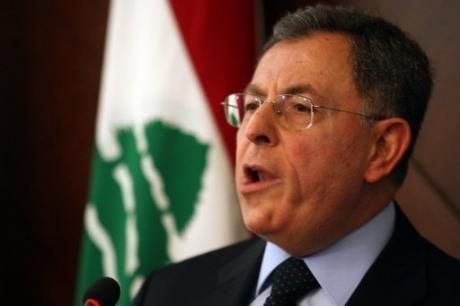 Lebanon's former Prime Minister Fouad Siniora has refused to appear before Prosecutor Ali Ibrahim, who has asked to question him on the disbursement of $11 billion during his premiership between 2006 and 2008.
The National News Agency (NNA) said that Ibrahim called on Siniora to report to his office at the Beirut Justice Palace Thursday in order to answer questions on the money spent outside state budgets between 2005 and 2009.
But in later remarks to the NNA, Public Prosecutor at the Court of Cassation Ghassan Oweidat said that the session had been postponed for a week because of Ibrahim's failure to inform Siniora of the original hearing in time. The Nov. 14 hearing will be held at the Court of Cassation.
Siniora told Asharq Al-Awsat that he would not accept Ibrahim’s request.
At a news conference in March, the former prime minister said that the money “was all spent based on the principle and the provisions of the Constitution and the financial laws.”
He explained that the Lebanese State’s needs had exceeded the LL10 trillion budget set in 2005, leading the government to resort to extra-budgetary spending to cover expenses such as public debt, oil prices and wages.
While he emphasized that he was under the law, Siniora noted: “I have full confidence that what I did was for the benefit of Lebanon and the Lebanese.”
“I have already submitted a draft-law to subject the state accounts to auditing in 2006, but the bill has not been adopted by the Parliament,” he told Asharq Al-Awsat.