Russian T-14 Armata tank could be transformed into nuclear weapon - US
Read: 697

Ex-PM Medvedev speaks about his relations with Putin
Read: 681 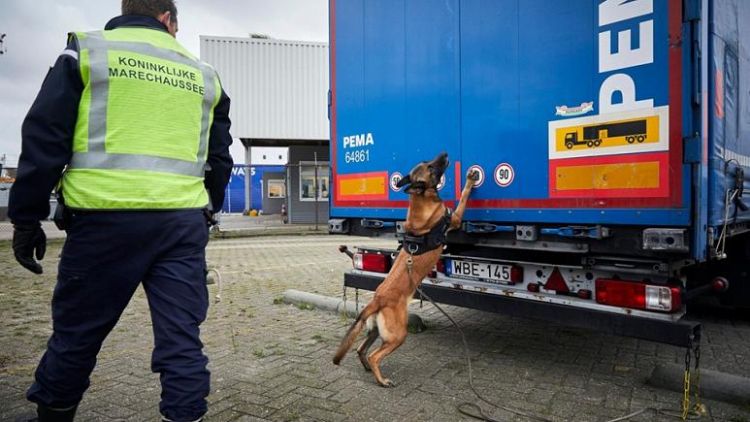 More than 30 people, including children, were found in two lorries on Wednesday as they sought to illegally move to the UK, British and Dutch authorities have revealed, Eurasia Diary report citing Euronews.

Fifteen people were recovered in the rear of a lorry near Chippenham, southwestern England, after a member of the public reported suspicious activity to the authorities, Wiltshire police said in a statement.

All of the migrants are believed to be over the age of 16. One of them was taken to hospital, "although their condition is not thought to be serious," while the other 14 were brought into custody.

A man in his 50s was arrested "on suspicion of assisting with illegal entry" to the UK.

Across the North Sea, Dutch authorities found 16 migrants in a lorry about to board a ferry for the UK in the port of IJmuiden.

Four of the people recovered are minors, one is a woman and 11 are men, the Dutch royal military police said in a statement, adding that they come from different countries of origin.

"The truck was carrying car parts, among which the foreigners had hidden themselves," the police statement also said.

The driver, a 45-year-old Turkish national, has been detained "on suspicion of human trafficking".

The two discoveries come two weeks after 39 people were found dead in a refrigerated truck in Essex, south-eastern England.