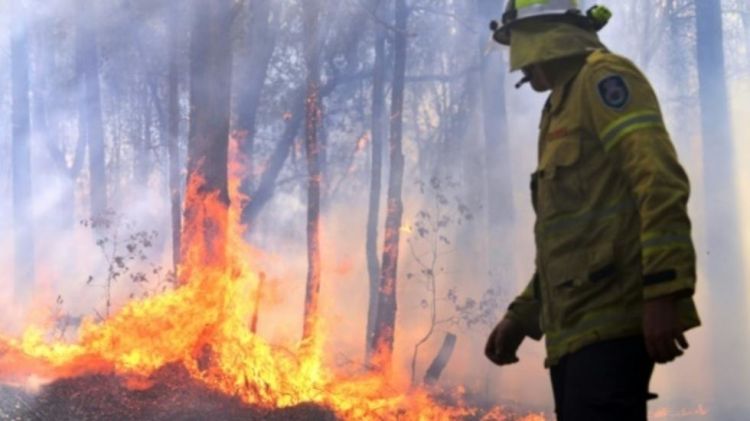 Catastrophic bushfires have killed at least two people and forced thousands from their homes in eastern Australia, with the death toll expected to rise as firefighters struggle toward hard-to-reach communities, Eurasia Diary reports citing AFP.

In the normally picturesque coastal town of Forster -- one among dozens hit along a swathe of the eastern seaboard -- vast plumes of smoke shot out from multiple blazes as water bombers swooped in overhead.

Prime Minister Scott Morrison said that, if needed, the military could be called on to help some 1,300 firefighters who are tackling around 100 separate blazes.

Several people are still said to be unaccounted for and 30 more have been injured -- mostly firefighters forced to work for hours on end in smokey, hot and smouldering scrubland and blazing forests of towering eucalyptus.

"Sadly, we have lost two Australians and I fear that we will lose more before the day is out," Morrison said as hundreds of civilians also volunteered to help their hard-hit neighbours.

Emergency services said they had found the remains of one person in a car and a woman died despite medics struggling for several hours to save her.

As hot and windy weather eased slightly on Saturday, the number of most serious fires fell from an unprecedented 17 on Friday to just three.

But across an area spanning almost 1,000 kilometres (600 miles), schools were burned, at least 150 homes were destroyed, while the authorities were forced to evacuate detention centres and old people's homes.

Bushfires are common in Australia and a vast corps of firefighters had already been tackling sporadic blazes for months in the lead-up to the southern hemisphere summer.

But this was a dramatic start to what scientists predict will be a tough fire season ahead -- with climate change and unfavourable weather cycles helping create a tinderbox of strong winds, low humidity and high temperatures.