Russian plane with medical equipment departs for US
Read: 1354 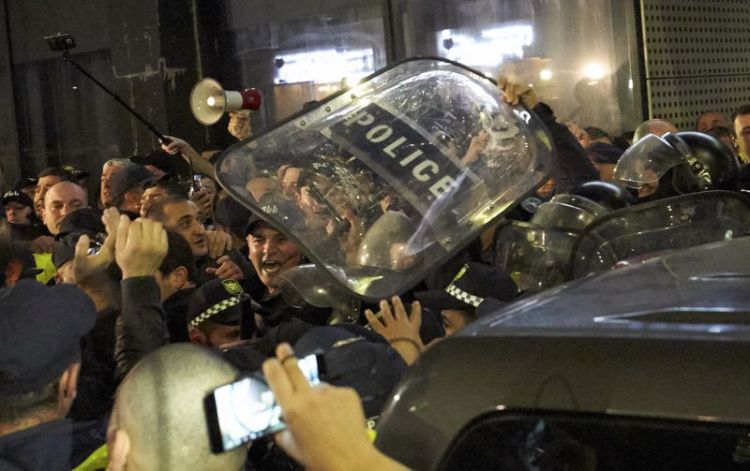 11 People were detained during the rally held against the screening of the film 'And Then We Danced' in Tbilisi, Eurasia Diary reports citing Georgia Today that the Ministry of Internal Affairs of Georgia informed.

In addition, the statement released by the Ministry reads that “the premiere of the film started timely and is now underway in all three cinemas of Tbilisi, while in parallel with the sessions, a number of police forces have been mobilized in the vicinity of the cinemas."

The screening of the first Georgian film depicting love between two homosexuals will soon be completed in all three cinemas of Tbilisi. However, the demonstrators gathered outside do not intend to leave the territory and are waiting for the spectators to come out. Law enforcers, fire and emergency brigades are still mobilized on the spot.

As the demonstrators explain, their aggression is related to the fact that "the sinful film undermines Georgian traditions and values."