Russian plane with medical equipment departs for US
Read: 1357

Supreme court says five acres where mosque was torn down in 1992 should become site of Hindu temple, with Muslims given other land 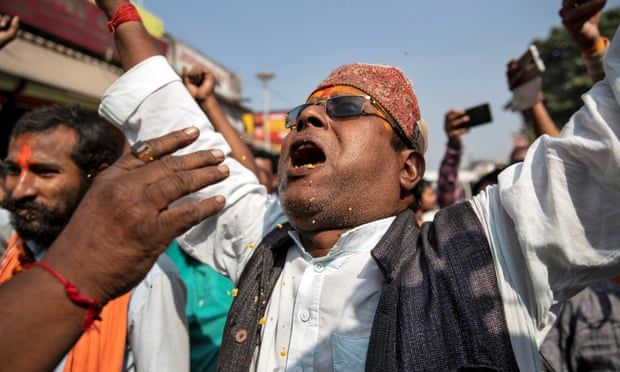 The Indian supreme court has ruled that India’s most hotly contested piece of religious land rightfully belongs to Hindus, with judges granting permission for a temple to be built on the site in Ayodhya, Eurasia Diary reports citing The Guardian.

In their unanimous and historic judgement, the five supreme court judges stated that the site rightfully belonged to Hindus, based upon the claim it is the birthplace of their god Ram.

In their statement the judges ruled a mosque that had stood on the site since the 16th century, and was the basis of the Muslim claim to Ayodhya, was “not built on vacant land” and had displaced a previous temple.

The judges declared that a separate “prominent” five-acre piece of land would be allocated to the Muslim community to build a mosque near the contested site.

The ruling, just six months after his landslide election win, is another huge victory for Prime Minister Narendra Modi and his Bharatiya Janata party (BJP) government, who have made the restoration of Ram Temple at Ayodhya a focal point of their Hindu nationalist agenda. The supreme court judges said plans for the temple would be drawn up within the next three months.