Prof. NS. Shenocak - cruelty of some EU states is against the Charter of Human Rights and should be condemned
Read: 829 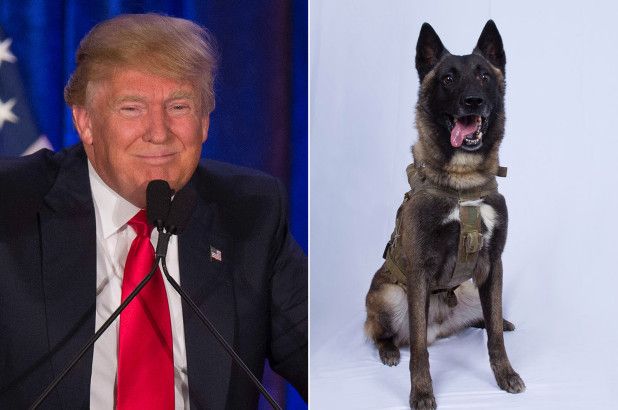 President Trump reportedly wants to give Conan, the dog who was injured in the raid that killed Islamic State leader Abu Bakr al Baghdadi, one of the military’s top honors, Eurasia Diary reports citing washington examiner.
The White House is looking into the logistics behind giving the medal, which is only allowed to be given to humans, to the military working dog, according the New York Post.
“It is the president’s desire to honor the dog. They are working out the details,” a source that knew of the plans said, joking that it could “swing the animal lovers vote” toward Trump, who is the first president in more than a century not to own a pet dog.
Defense Department rules stipulate that military working dogs are not allowed to receive the Purple Heart, which is awarded to troops who have been killed or wounded while serving the country. The prohibition was implemented after a dog named Chips was honored with one in 1943 for his service during World War II.
Trump has said that he wants the Belgian Malinois, whose name and photo he released on Twitter, to visit the White House. The canine is credited with chasing down the ISIS leader through an underground tunnel in Syria before the terrorist detonated a suicide vest, killing himself and three children.
The president told a crowd at a rally in Tupelo, Mississippi, that he expects Conan to be recognized at the White House in “a few weeks,” although no firm date has been set.