Unknown fighter jets tried to attack the Russian air base in Syria
Read: 1195

'We have no secret' - Putin reveals he informed Medvedev about government resignation
Read: 575

After returning from Khojaly, I started drinking... - British journalist: We sympathized with the Armenians
Read: 396 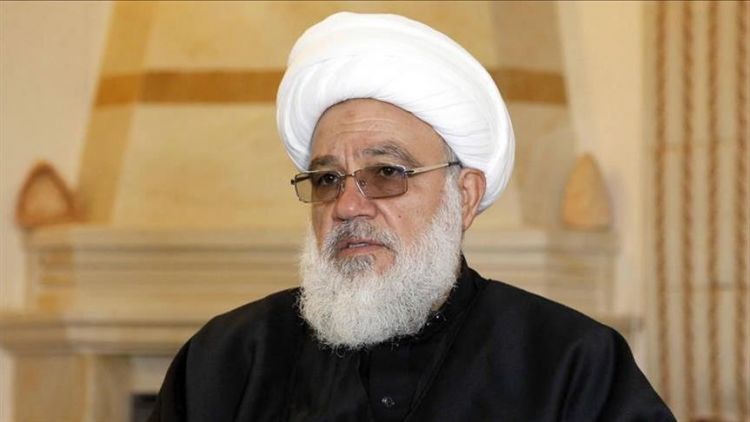 Former Secretary-General of Lebanon’s Shia Hezbollah movement criticized Iran’s supreme leader Sunday for being behind corruption in Lebanon and Iraq, where anti-government and corruption protests are ongoing,.
Subhi al-Tufayli, speaking to Arab and social media, delivered remarks on recent mass protests held in Lebanon and Iraq, Eurasia Diary reports citing Yeni Shafak.
Al-Tufayli said at least 250 people were killed and more than 11,000 were injured in Iraq, according to official figures and alleged the deaths were caused by the men of Ali Khamenei, the supreme leader of Iran.
He went on to say that the peaceful demonstrators in Lebanon were attacked by supporters of Hezbollah and Amal Movement, and claimed the aggressors were affiliated with the Iranian supreme leader.
He alleged that Iranian-backed groups in Lebanon have been responsible for injustice and looting in Lebanon since 1972. and that Khamenei spent money to buy media outlets in his favor during the Syrian civil war.
In 1988, Al-Tufayli, one of the founding members of Hezbollah, who is a religious scholar, survived an assassination attempt, which is suspected to have been conducted by Israel and the U.S.
Hezbollah and he diverged paths after the former took part in 1992 general elections of Lebanon.
- Iraq
At least 270 protesters have been killed and thousands injured in anti-government demonstrations in Iraq since Oct. 1, according to Iraqi sources.
Popular anger has been simmering in recent years due to rising unemployment and rampant corruption. Many residents have limited access to basic services such as electricity and clean water.
Iraq's youth unemployment is around 25% according to World Bank figures. It is also the 12th most corrupt country in the world, according to several organizations that monitor transparency.
- Lebanon
Mass protests erupted last month in Lebanon against government plans to tax calls on WhatsApp and other messaging services. The demonstrations quickly turned into wider grievances with demands for the resignation of the government and bringing corrupt officials to accountability.
Prime Minister Saad Hariri resigned, shortly after presenting a package of reforms that aimed to calm protester anger against his government.
Lebanon suffers from high unemployment, little growth and one of the highest debt ratios in the world, with the debt burden reaching $86.2 billion in the first quarter of 2019, according to the finance ministry.