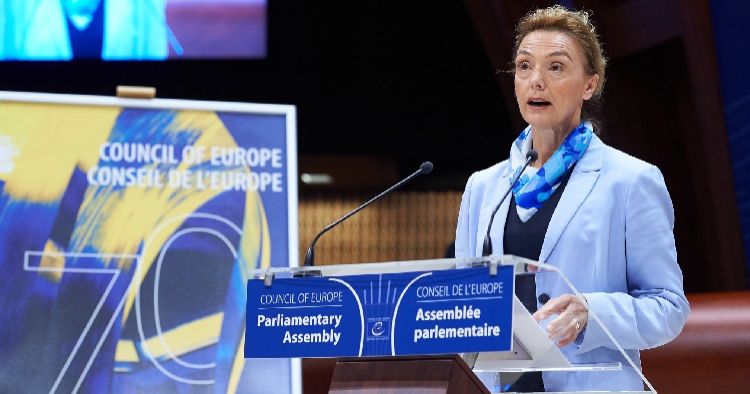 Georgia will be chairing the Council of Europe for six months from November 27, - Eurasia Diary reports citing the Ministry of Foreign Affairs' reports.
Secretary General of the Council of Europe Maria Pejčinović Burić has arrived in Tbilisi for an official visit regarding the upcoming presidency of Georgia. This is her first official visit as Secretary General.
During the visit, the Secretary General will hold meetings with the Prime Minister of Georgia, the President, the Speaker of the Parliament and the Minister of Foreign Affairs.
The Council of Europe Action Plan 2020-2023 will also be handed over to Georgia.
It is noteworthy that Georgia will become the chair of an international organization for the first time.
The official ceremony of granting chairmanship will be held in Strasbourg on November 27.