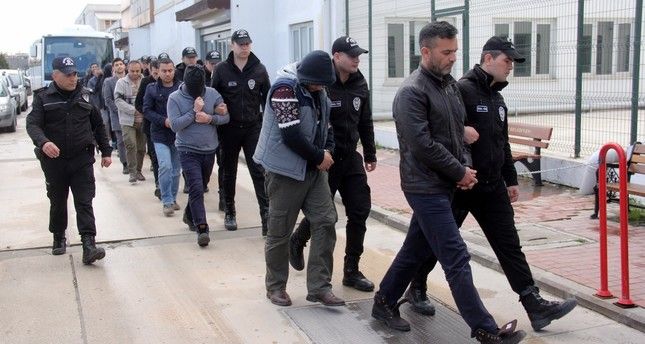 Turkish police on Monday arrested 20 suspects for their suspected links to Fetullah Terrorist Organization (FETÖ), the group behind the 2016 defeated coup attempt, security sources said.
Eurasia Diary reports citing Yeni Shafak that the operations in 14 provinces so far resulted in catching 20 of the suspects. Operations are underway to nab two more suspects.
The suspects include 11 on-duty soldiers, one dismissed soldier, one retired soldier and five dismissed cadets, the source added.
FETÖ and its U.S.-based leader Fetullah Gulen orchestrated the defeated coup attempt of July 15, 2016, which left 251 people martyred and nearly 2,200 injured.
Ankara accuses FETÖ of being behind a long-running campaign to overthrow the state through the infiltration of Turkish institutions, particularly the military, police, and judiciary.