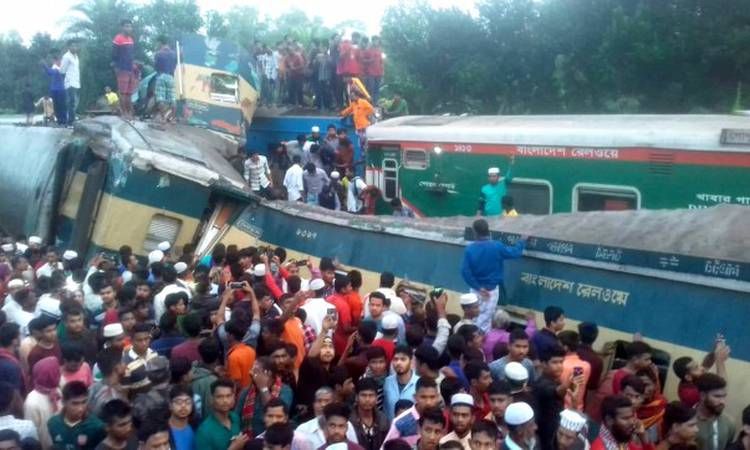 At least 12 people have been killed and around 100 others injured after two trains collided in eastern Bangladesh in the early hours of Tuesday morning.
Rescue teams are at the scene trying to pull survivors out of the wreckage, Mohammed Shawkat Ali, Additional Superintendent of Police for Chittagong Railway, told CNN.
"The rescue operation is underway. Casualty numbers could rise as we recover people trapped under carriages," Ali said.
The incident occurred in Brahmanbaria district, about 100 kilometers (62 miles) east of the capital Dhaka.
One train was traveling from Sylhet, a city in eastern Bangladesh, to the southern coastal city of Chittagong, when it collided with a Dhaka-bound train traveling from Chittagong in the opposite direction.
The two trains crashed at Mondobhag Railway Station at around 3 a.m. local time (4 p.m. ET) during a track change, according to Ali.
"The trains got onto the same track. The (Chittagong)-bound train hit the back of the Dhaka-bound train," he said.
Train accidents in Bangladesh remain an unfortunately common occurrence due to poor track conditions, unmanned railroad crossings and poor signaling.