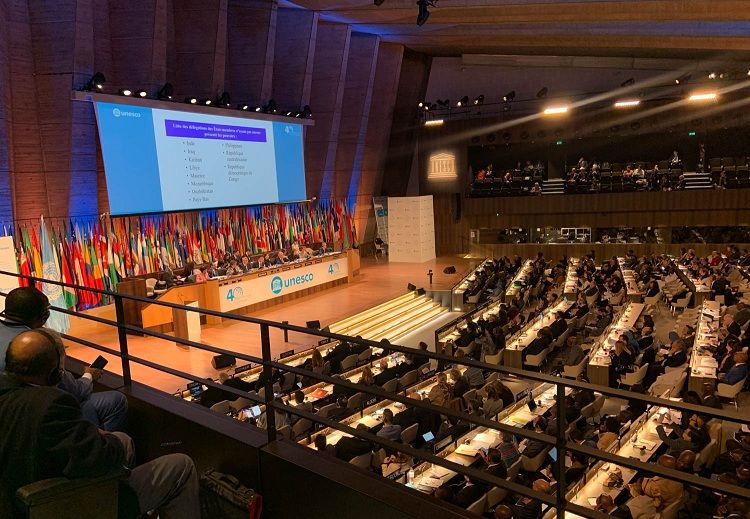 Anar Kerimov, the head of the Permanent Mission of Azerbaijan to UNESCO, was elected the vice-president of the organization.  took place at the 40th Session of the General Conference in Paris with the participation of representatives of 193 member countries and 10 associate members, Eurasia Diary reports citing Report News Agency.

Education ministers from more than 100 countries will attend a ministerial meeting on inclusiveness and mobility on November 13.

On November 19, ministers of culture from 107 countries will hold discussions on the topic "State policy and the place of culture in sustainable development."

The 11th UNESCO Youth Forum will be held as part of the general conference on November 18. “Ahead of the International Day for the Elimination of Violence against Women (Nov 22), the Journal of Information on Violence Against Women will be presented to journalists. The goal is to educate journalists on this topic.

The session will last until November 27.