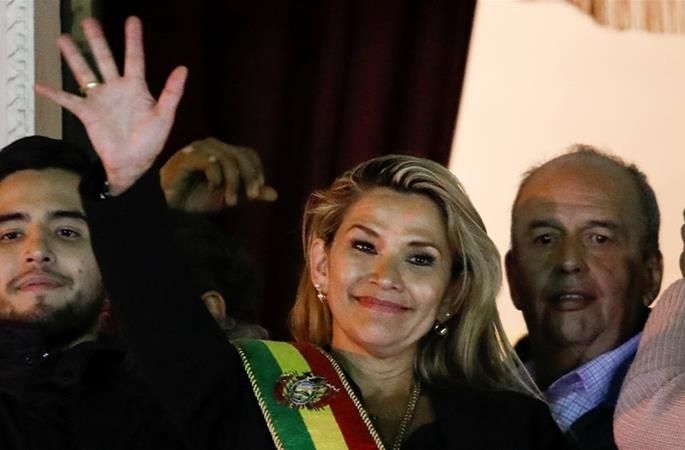 The head of Bolivia’s Senate, Jeanine Anez, took office as interim president on Tuesday as former leader Evo Morales pledged to keep up his political fight from exile in Mexico after resigning in what he has alleged was a coup, Eurasia Diary reports citing Reuters.

Anez, 52, assumed leadership before other lawmakers in Congress, invoking a constitutional clause that dictates that she would be next in line to rule after Morales and his vice president, Alvaro Garcia, resigned on Sunday.

A parliamentary session scheduled to formally appoint her was boycotted by lawmakers from Morales’ leftist MAS party, who said it would be illegitimate.

“Before the definitive absence of the president and vice president ... as the president of the Chamber of Senators, I immediately assume the presidency as foreseen in the constitutional order,” Anez, a right-wing opponent of Morales, said to applause from opposition lawmakers.