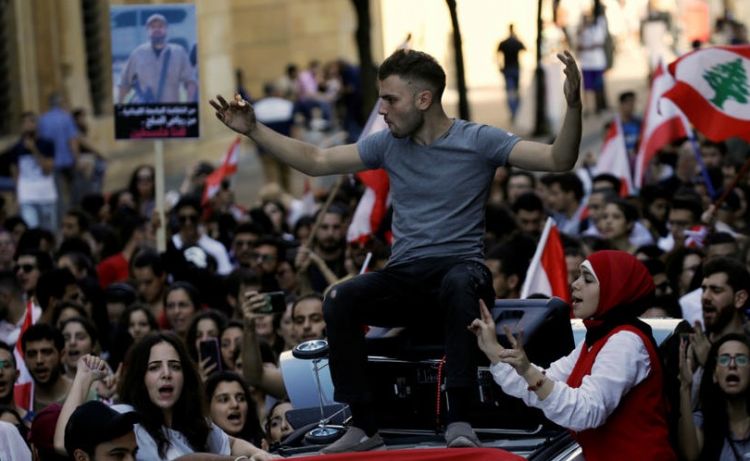 Lebanese protesters blocked main roads Wednesday, angered by what they viewed as the president ignoring their demands in nearly a month of rallies, and after a man was shot dead, Eurasia Diary reports citing AFP.

Hundreds marched towards the palace of President Michel Aoun in the town of Baabda outside the capital, where security forces laid coils of barbed wire across the access road.

Aoun had said on television the previous night that Lebanese who did not see any decent person in power should "emigrate" -- a comment that, despite the presidency scrambling to clarify it, immediately sent protesters onto the streets.

One man died of gunshot wounds overnight after the army opened fire to disperse protesters south of the capital, in the second such death since the start of the largely peaceful protests.

Activists blocked roads inside the capital from the morning, as they did the main highways connecting Beirut to the north and south of the country, with the smoke of burning tires blackening the air in several places.

One activist, Antoine Saad, manning a roadblock in the village of Jal al-Deeb, argued that the president "continues to speak to his people in a belittling manner".

"He needs to know the people don't want him anymore and he needs to go."