Over 50,000 people move from Ukraine to Crimea after its reunification with Russia | Eurasia Diary - ednews.net

Over 50,000 people move from Ukraine to Crimea after its reunification with Russia 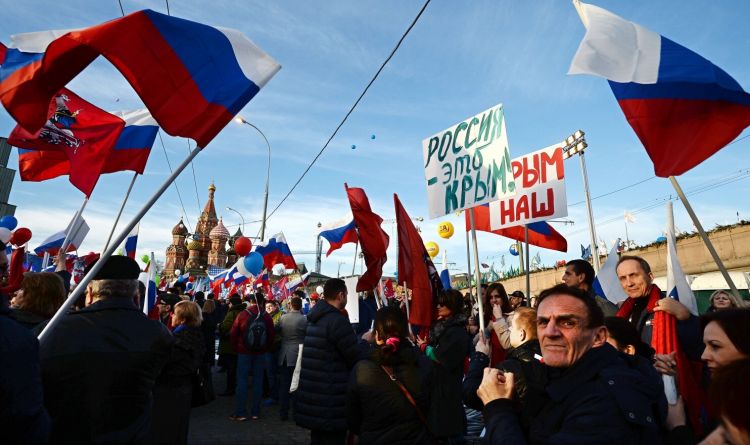 Crimea has received about 170,000 people, including 50,000 from Ukraine, after the peninsula’s reunification with Russia, Crimean Parliament Speaker Vladimir Konstantinov said on Wednesday.
"About 170,000 people have come to Crimea for permanent residence over the past five years. Of these, more than 50,000 [people] came from Ukraine. As many as 7,000 left Crimea for Ukraine, while 80,000 moved to Russia’s regions," he said at a meeting with a delegation of foreign journalists.
Konstantinov did not specify what citizenship people coming to Crimea from Ukraine had.
A delegation of foreign journalists from the European Union, Africa and Asia is paying a familiarization visit to Crimea on November 12-14. It is comprised of delegates from Italy, Slovakia, France, the Republic of Congo, Vietnam, Kenya, South Africa, India, Portugal and other countries.
After the 2014 referendum and Crimea’s reunification with Russia, Ukraine and some other countries imposed sanctions on Russia, Russian businesspeople and politicians, people visiting Crimea and companies doing business on the peninsula. Despite the sanctions, foreign delegations’ visits to Crimea continue. According to Yuri Hempel, head of Parliamentary Committee for Inter-Ethnic Relations and Public Diplomacy, more than 500 representatives from European and American countries have visited the peninsula since 2015.