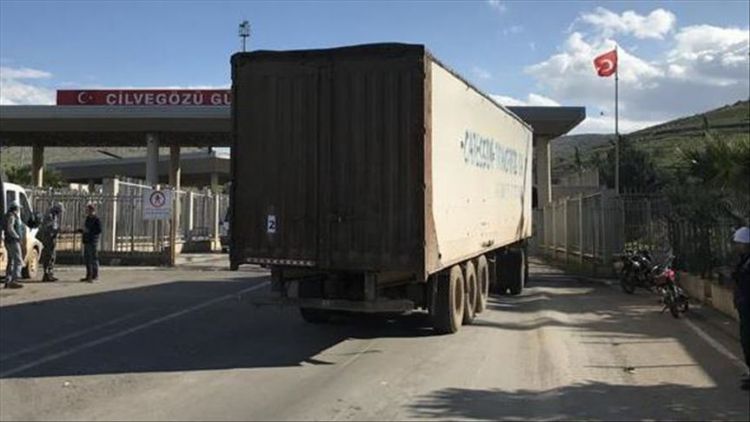 The trucks passed through the Cilvegozu border gate in southern Turkey, with aid to be distributed to residents in urban areas of the war-torn province as well as the surrounding countryside.

Syria has been locked in a vicious civil war since early 2011, when the Bashar al-Assad regime cracked down on pro-democracy protests.

Idlib falls within a de-escalation zone laid out in a deal between Turkey and Russia in late 2018.

Since then, more than 1,300 civilians have been killed in attacks by the regime and Russian forces in the de-escalation zone.

Notably, about a million people have been forced to leave conflict-prone areas of the city and started taking shelter in safer areas in the northern part of the province bordering Turkey.

The Turkish government has followed an "open-door" policy for Syrians since the eruption of the bloody war.

There are over 3.6 million Syrians currently taking shelter in Turkey, many looking forward to one day returning home.