Russian scientists have found a major weakness of the coronavirus
Read: 701

The first stage of tactical exercises continues with the participation of units of the Land Forces - VIDEO
Read: 587 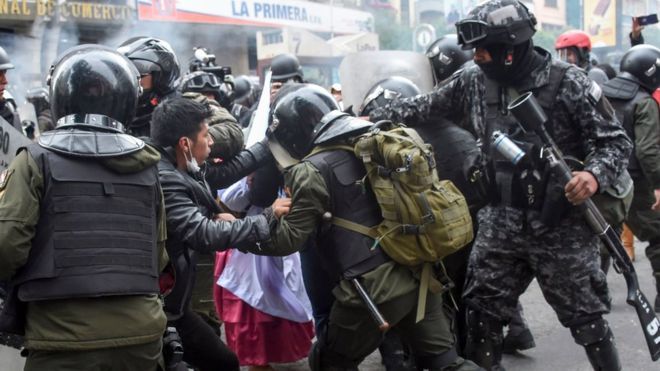 Opposition senator Jeanine Áñez assumed the presidency amid a power vacuum and has vowed to hold elections soon.

Supporters of Morales clashed with riot police, while lawmakers loyal to him sought to challenge the legitimacy of  Áñez's appointment.

Morales resigned on Sunday and has since fled to Mexico.

His resignation followed weeks of protests over a disputed presidential election result. He said he was forced to stand down but did so willingly "so there would be no more bloodshed".

Áñez's appointment as interim leader has been endorsed by Bolivia's Constitutional Court.