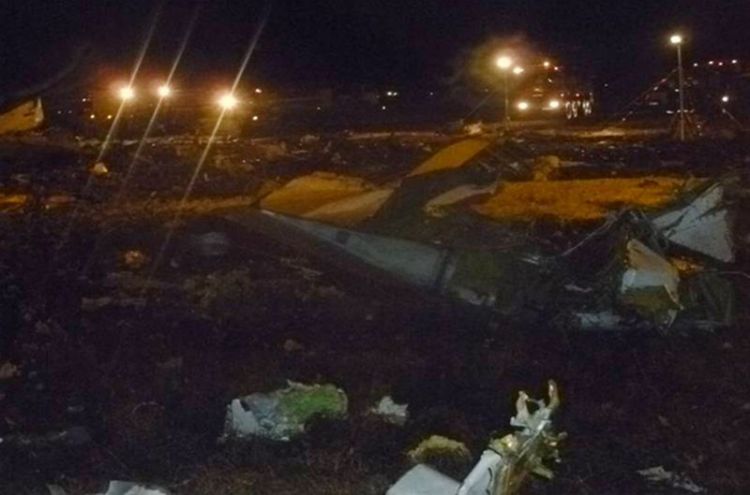 The Russian Investigative Committee has completed its probe into the 2013 crash of Boeing 737-500 aircraft in Kazan, which left 50 people killed, having concluded that the accident was caused by mistakes of the captain and the second pilot, Eurasia Diary reports citing Sputnik.
"The criminal investigation into the air accident of the Boeing 737-500 aircraft in the International Airport of the city of Kazan in November 2013 has been completed ... The investigation has revealed that the crash was caused by erroneous actions by the captain of the aircraft, Rustem Salikhov, and the second pilot, Viktor Gutsul," the Investigative Committee said in a statement.
The captain brought the aircraft into an upset while conducting the landing, and the second pilot failed to take control over the air vessel. Thus, the captain allowed the crash of the plane in an emergency situation due to violating piloting rules.
The criminal investigation against Salikhov and Gutsul has been closed due to their death, the committee specified. Meanwhile, charges have been brought against the deputy director-general of the Tatarstan Airlines, Valery Portnov, the airline's chief pilot, Viktor Fomin, and the head of Tatarstan's department of the Federal Air Transport Agency, Shavkat Umarov.
The captain did not have the necessary piloting skills and provided fake documents to be admitted to work, the committee added.
The committee noted that it had interrogated over 200 witnesses, victims and experts, and it had also conducted large-scale medical, genetic, chemical and technical inspections.
The aircraft, travelling from Moscow to Kazan, crashed during landing in November 2013 at the Kazan International Airport.