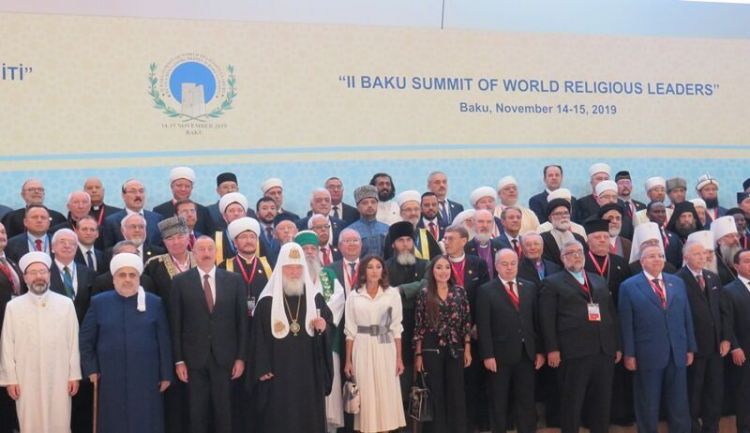 Iranian delegation took part in the Summit of the World Religious Leaders opened in Baku on Thursday in presence of over 500 religious figures and scholars from 70 countries, Eurasia Diary reports citing Iran daily.
Head of Iran's Islamic Culture and Relations Organization (ICRO) Abouzar Ebrahimi Torkaman has attended the religious summit, according to IRNA.
The International Conference of the World Religious Leaders in Baku will review different questions including the dialogue among different religions, promotion of cultural and religious cooperation, the issue of building confidence among followers of different religions and the International Campaign against Terrorism.
The two-day summit will also discuss the rights of women and children and the role the religious leaders play to get the young generation familiarized with religious issues.
On the sidelines of the Baku summit, members of the Iranian delegation are to hold talks with cultural and religious figures.