Ruling party putting on show or dealing with mutiny? - Georgia 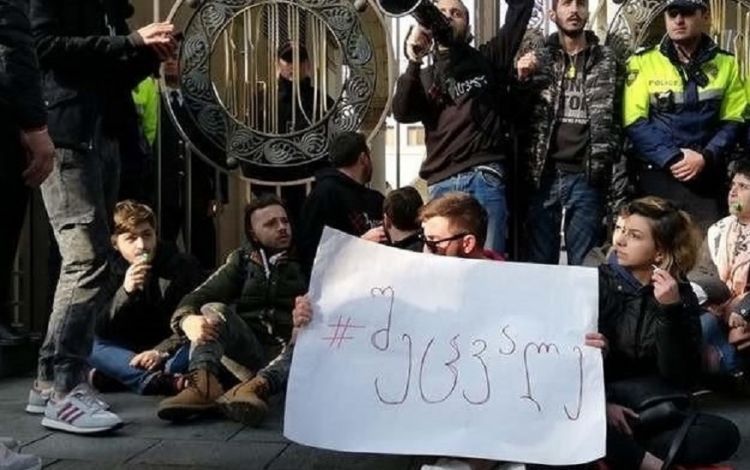 The issue of how the parliament elections of 2020 will be held was one of the main issues during the large-protests of the summer of 2019.
Eurasia Diary reports citing Georgian news outets that the Georgian parliament has again postponed a vote on a bill proposing to transition to a completely proportional system of parliamentary elections.
This bill would do away with the majoritarian system of single-mandate constituencies, which has in the past given the authorities an advantage over the opposition.
•Georgian gov’t agrees to protest demands: 2020 parliament elections by proportional system
•Tbilisi protests – what they mean and what to expect
The main demand of large-scale protests in the center of Tbilisi in June this year was the transition to a proportional system for the parliamentary elections.
Then the leader of the ruling Georgian Dream party Bidzina Ivanishvili personally took on the responsibility to fulfill this requirement. However, today the fulfillment of the promise is in question.
In parallel with the discussion of the bill in parliament, a protest titled “Do not Dare!” Is being held near its walls. Its participants remind MPs of the promise they made in the summer and warn them not to try to do away with the bill, otherwise large-scale protests will begin in the country again
Strange events are taking place in the Georgian parliament: two months ago, the Georgian Dream itself registered a bill with a series of amendments to switch to a proportional election system.
The document was signed by 93 deputies.
However, today, when it came to the bill’s adoption and a vote on the matter, some MPs (up to about 30 people) said that the changes they contained ‘threats to the state’ and they would not support them.
Meanwhile, a constitutional majority is needed to pass the bill.  On November 13, after a rather emotional parliamentary meeting, majority MPs who supported the amendments to the Constitution asked to postpone the meeting in order to convince their party members to support the bill.
Voting is expected to take place tomorrow.  Prior to this, the Georgian Dream plans to hold a congress in its party office and once again consult with party leader Bidzina Ivanishvili.
In the political circles of the country, few people believe that several historically passive MPs of the Georgian Dream (including those who are close to Ivanishvili in business)  would dare to rebel against their leader – especially on such a fundamental issue as constitutional amendments.
The opposition and some experts call what is happening a performance that, on the instructions of Ivanishvili, is being played out by MPs who “are allegedly rebelling against their team and Ivanishvili himself.”
In their opinion, since the the turbulent summer during which street protests came to naught, the situation in the country has gradually stabilised, Ivanishvili decided not to take risks and withdraw his decision on proportional elections, which may not be a beneficial move for his party.
According to political observers, there is a serious crisis in the ruling team.
“The situation is comic. How can a person submit a certain initiative to parliament, and after two months begin to criticize it.
“Most have never contradicted Ivanishvili, therefore the conclusion suggests itself that we are dealing with a mediocre performance.
“At the same time, it cannot be ruled out that these people saw they would not end up in the next parliament, and started trying to get around the adoption of constitutional amendments, or trying to sell their votes and support for it for more. But Ivanishvili can do away with them as well, he is a great specialist in this.  And now he is trying to dupe the public, but it will cost him dearly”, said Otar Kakhidze, a member of the opposition European Georgia.
Former parliamentary speaker, now oppositionist David Usupashvili, said that Ivanishvili announced the move to a proportional election system in order to defuse the overly tense situation in the summer, and now he is trying to win back the situation.
“I never noticed behind those MPs who today oppose the adoption of constitutional amendments, the slightest movements against Ivanishvili,” Usupashvili said.