Hong Kong leader Carrie Lam calls the attack barbaric and says it violated the principles of a civilised society. 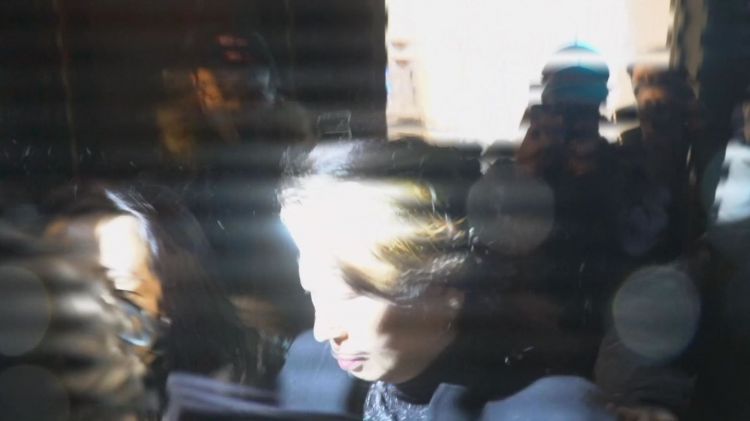 Protesters were involved in an altercation with Hong Kong's Secretary for Justice Teresa Cheng during her visit to London on Thursday.

Video footage of the incident shows the minister falling to the ground.

Hong Kong's leader Carrie Lam strongly condemned the "attack", saying the incident was brutal and transcended the bottom line of a civilised society.

"The secretary denounces all forms of violence and radicalism depriving others' legitimate rights in the pretext of pursuing their political ideals, which would never be in the interest of Hong Kong and any civilised society," the Hong Kong government said in a separate statement.

In Hong Kong, a 70-year-old man has died after being struck on the head during clashes between government supporters and protesters.

Hong Kong's Food and Environmental Hygiene Department expressed "profound sadness" at the death of its cleaning worker and said it was providing assistance to his family.

The protests escalated in June over an extradition bill that would have allowed people to be sent to mainland China for trial.

The bill was later scrapped but the protests have since evolved into calls for greater democracy, among other demands.

The months-long protests have plunged the former British colony into its biggest political crisis in decades and pose the biggest challenge to Chinese President Xi Jinping since he came to power in 2012.