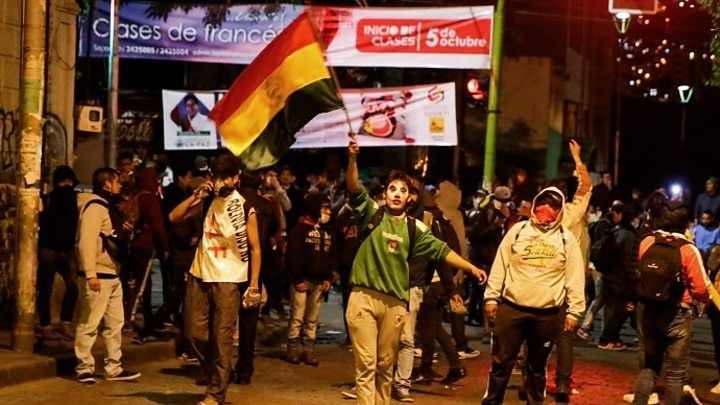 At least five people are reported to have been killed in Bolivia in clashes between supporters of former President Evo Morales and security forces, Eurasia Diary reports citing BBC.

A doctor in the central city of Sacaba said most of those killed and injured on Friday had bullet wounds, according to the Associated News agency.

Bolivia's authorities did not report any deaths in the city.

Morales resigned last Sunday amid protests following the presidential election. He has since fled to Mexico.

Morales told the BBC earlier on Friday that there were no meaningful charges that could be brought against him over October's disputed election.

He was responding to interim President Jeanine Áñez, who said he could be prosecuted if he returned to Bolivia.

The new government has broken ties with Venezuela, and is also sending home more than 700 Cuban medics.

The moves are meant to show that the new authorities are distancing themselves from Morales' regional left-wing allies.