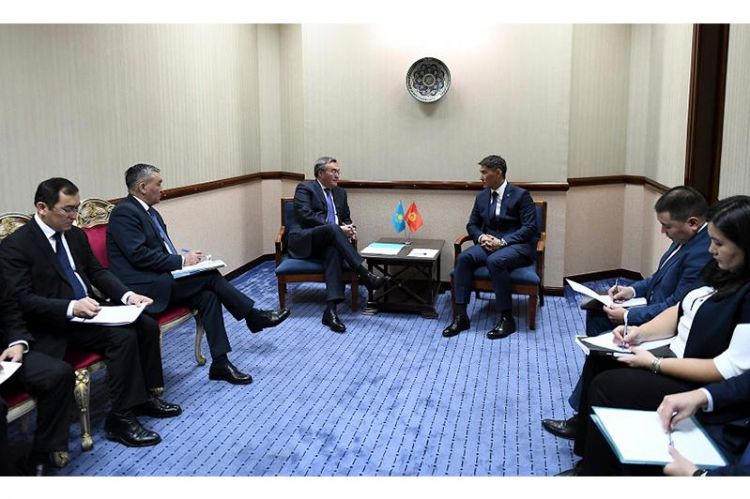 The foreign ministers of the two countries discussed pressing issues of the Kazakh-Kyrgyz cooperation including trade and economic collaboration, a calendar plan of upcoming meetings and visits at the high and top levels.