Russian scientists have found a major weakness of the coronavirus
Read: 664 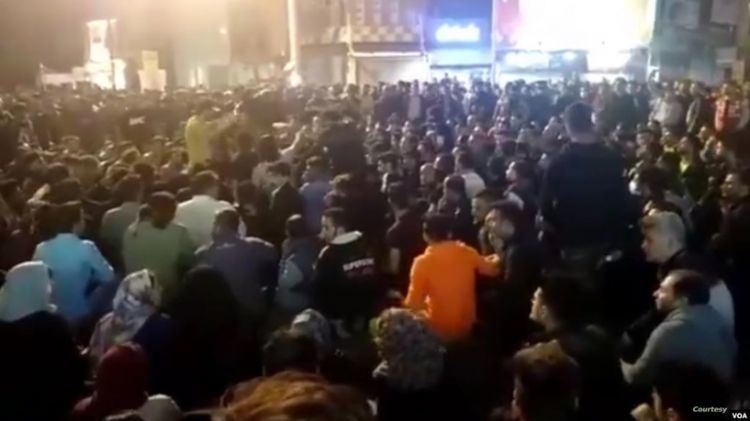 Overnight protests roiling several Iranian cities continued into Saturday, sparked by the government cutting back on gasoline subsidies and increasing costs by 50%, with demonstrations ranging from people abandoning their cars in traffic to trying to attack an oil depot in one city, Eurasia Diary reports citing Associated Press.

The demonstrations, though not as widespread as the economic protests that shook the country nearly two years ago, put new pressure on the government of Iran’s relatively moderate President Hassan Rouhani.

As parliamentary elections loom in February, Rouhani has been trying to pitch Iran on the idea of staying in his landmark 2015 nuclear deal with world powers. The accord is unraveling after President Donald Trump unilaterally withdrew the U.S. from it over a year ago, raising tensions across the wider Mideast.

Protests require prior approval from Iran’s Interior Ministry, though authorities routinely allow small-scale demonstrations over economic issues, especially as the country has struggled with currency devaluation.

Iran announced the cuts to gasoline subsidies at midnight Friday without any prior warning. It came after months of speculation over possible rationing. Iranian officials say the proceeds from Friday’s price hikes are earmarked to fund subsidies for low-income families.