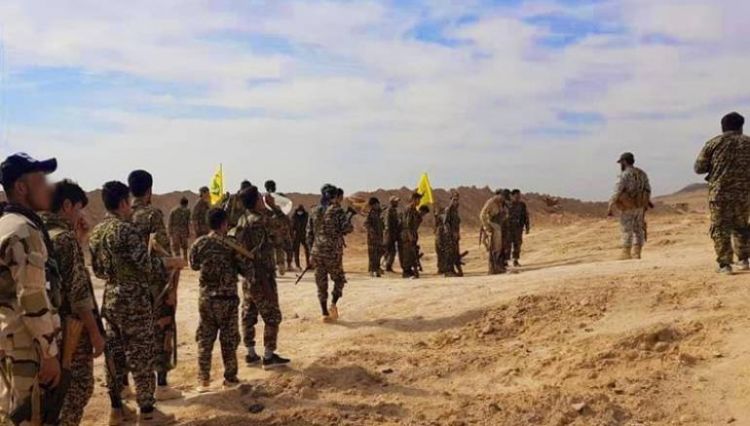 Tens of pro-Iran recruits have joined IRGC’s training camps in Deir Ezzor as the eastern province turned into Iran’s powerful stronghold in the war-torn country, Eurasia Diary reports citing zamanalwsl.
Deir Ezzor 24 said Iran-run military camps in Mayadin city had received large number of recruits, including locals, over the past few weeks.
According to The Washington Institute, Iran has been building two new military bases in the area: one in the western suburbs of Mayadin, and a larger one in al-Bukamal called “Imam Ali.”
Both are being constructed in cooperation with Jihad al-Binaa and the Imam Hussein Organization, two Iranian-sponsored foundations that have branches in Deir al-Zour city, Mayadin, and al-Bukamal. These facilities will further Tehran’s goal of controlling a key strategic route: from al-Bukamal north to the T2 oil pumping station in Mayadin; then west to Tiyas, home to the T4 pumping station/Syrian air base; and finally to Lebanon’s Beqa Valley, Hezbollah’s main stronghold. Various foreign actors have conducted airstrikes along portions of this route, but the Revolutionary Guard Corps (IRGC) and proxy forces have reduced their exposure to such operations by hiding inside civilian homes.
For local Syrian recruits, they are paid directly by the IRGC in amounts that depend on their individual duties, the think tank said.
Those who serve in their hometowns receive $100 per month, while those who travel to the frontlines receive $150 along with military vehicles, fuel vouchers, and miscellaneous spending money. According to local anti-regime figures, these well-organized IRGC financial practices are far superior to the Assad regime’s “chaotic and bankrupt” security structure. Similar to what happened when the Islamic State controlled the area, the IRGC’s financial incentives are attracting unemployed, impoverished Syrian men as well as foreign fighters.