The return of Ukrainian naval vessels was set to take place before the Normandy Four summit. 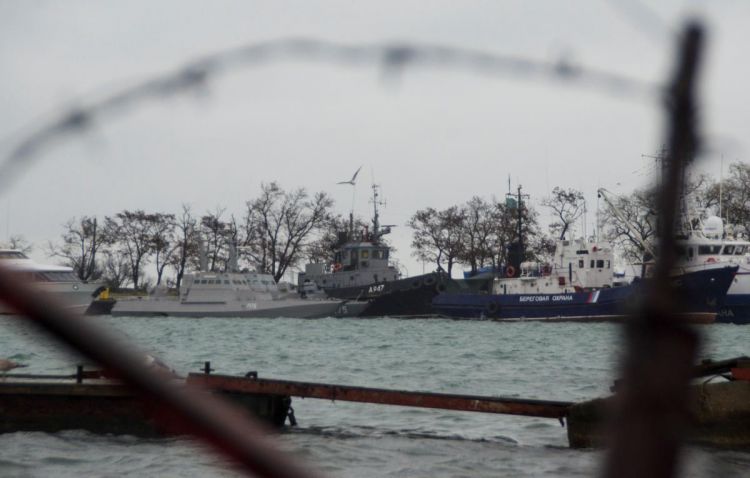 Russia on Sunday began moving Ukraine Navy artillery boats Berdyansk and Nikopol, seized by Russia near the Kerch Strait in November 2018, as well as the Yany Kapu tugboat, from the Genmola water area in Russian-occupied Kerch before possible handover to Ukraine, Eurasia Diary reports citing Unian.

The boats, being towed by Russian vessels, are heading through the Kerch Strait towards the Black Sea, RFE/RL's Krym-Realii media project reported on November 17. The area near the military unit where the Ukrainian vessels were located is blocked. Russian police officers and people in plain clothes are on duty there.
According to Marine Traffic, the global ship tracking intelligence, Ukraine's Sapfir ("Sapphire"), Titan, and Haidamaka tugboats are now in the Black Sea off the coast of the illegally annexed Crimea. The Ukrainian tugs are expected to pick up the boats and escort them to the port, the publication said. As UNIAN reported earlier, the return of Ukrainian naval vessels was set to take place before the Normandy Four summit. Personal weapons of Ukrainian crew, as well as radios and logs containing information on the crew and other data, will remain in Russia, the Kommersant outlet reported.